Haviland literally has been a Titan forever. Being the daughter of the patriarch of the Titans organization, she played her youth hockey up through Bantam Major with the club and went onto Lawrenceville Prep. After finishing high school, Haviland played a season at Union College and transferred to Hamilton College (NESCAC) where she currently is enrolled. She has played two seasons with the Continentals and has nineteen points (8 goals and 11 assists) in fifty-two games.

What was your experience like playing with the Titans?
Playing for the Titans was something I will never take for granted. I always was able to practice with other teams and ice time was available for whomever wanted it. I was able to practice my skills every day and I would be lying if I said that I was not challenged and pushed to reach my potential. The extra things the Titans provided like the shooting room, 3 on 3 tournaments, summer showcases and more allowed me to make amazing friends and have fun playing hockey.

What are some of the lessons the Titans Organization has taught you as a player and as a person?
Every coach I had took the time to get to know me and treated more than just a hockey player. I was exposed to amazing role models and mentors who taught me about hard work. I learned that nothing comes easy in life and that one of the most important things in life is to be good enough for yourself. There will always be coaches who don't like your style of play, but that doesn't mean there aren't coaches who love your style. What I really learned was regardless of what coaches think of you, you must think highly of yourself. The Titans allowed me to dig deep and find out what is important to me in life. I was always learning more than just to take a slapshot or how to backcheck; I was learning how to be a good friend, sister, daughter and one day a good mother.

How has the Titans helped you in your career and where you are today?
The Titans have always been my home. When I went to prep school, I was always welcomed back with open arms. My teammates and coaches continually supported me from far away and wanted the best for me. I never felt like I was not a part of the organization even after I left to go to boarding school. Playing college hockey can be consuming, but the Titans helped me be mentally and physically prepared for every battle. They also helped me in the classroom; the staff always reiterated the importance of an education and that for a female hockey player, my goal should be to use hockey to get the best education I can (because there was no professional league, at the time, to play in post college). I am so grateful for my opportunity to represent the Titans in the NESCAC and take my education seriously.

What is your best memory playing for the Titans?
My fondest memory playing for the Titans was hosting six billets in my house. The Titans billet program is something very special and an experience that I wish everyone could have. I am one of four girls so having six big brothers was something I never imagined, but something I would never change. They were more than hockey players and made sure I knew it. We went to all their games and they came to all of mine. The bond we had with those boys was something that will never be broken. Caleb Neal, Anthony Jorgeson, Jordan Dempster, Ross Brauer, Nick Zellmer, and Anthony Stempin if you are reading this - you guys were the best big brothers I could ever ask for. Thank you for helping mold me and my sisters into who we are!

How did George Haviland impact you?
Even though I am his favorite hockey daughter (sorry Brianna), he never took things lightly on me. I remember not paying attention when he was explaining drills and then ruining the drill and being the reason, my team had to skate. I always was held accountable for my actions and didn't get things just because I was his daughter. He taught me how to be great and spent hours with me to make me the player I am today. A common misconception about George Haviland is that he is just a hockey guy. He is way more than that.

I watch what my Dad does day in and day out for the Titans and the greater hockey community. He cares about each player in the program like his own kid and wants everyone to succeed no matter what their path is. He would do anything for the club and the rinks. He is more than a hockey guy; he is the man. There isn't any person who he wouldn't help succeed in life. He has given back to the community more than I can say. He is one of my role models and I hope to continue to make him proud after my hockey career ends. Thanks for everything Big G. 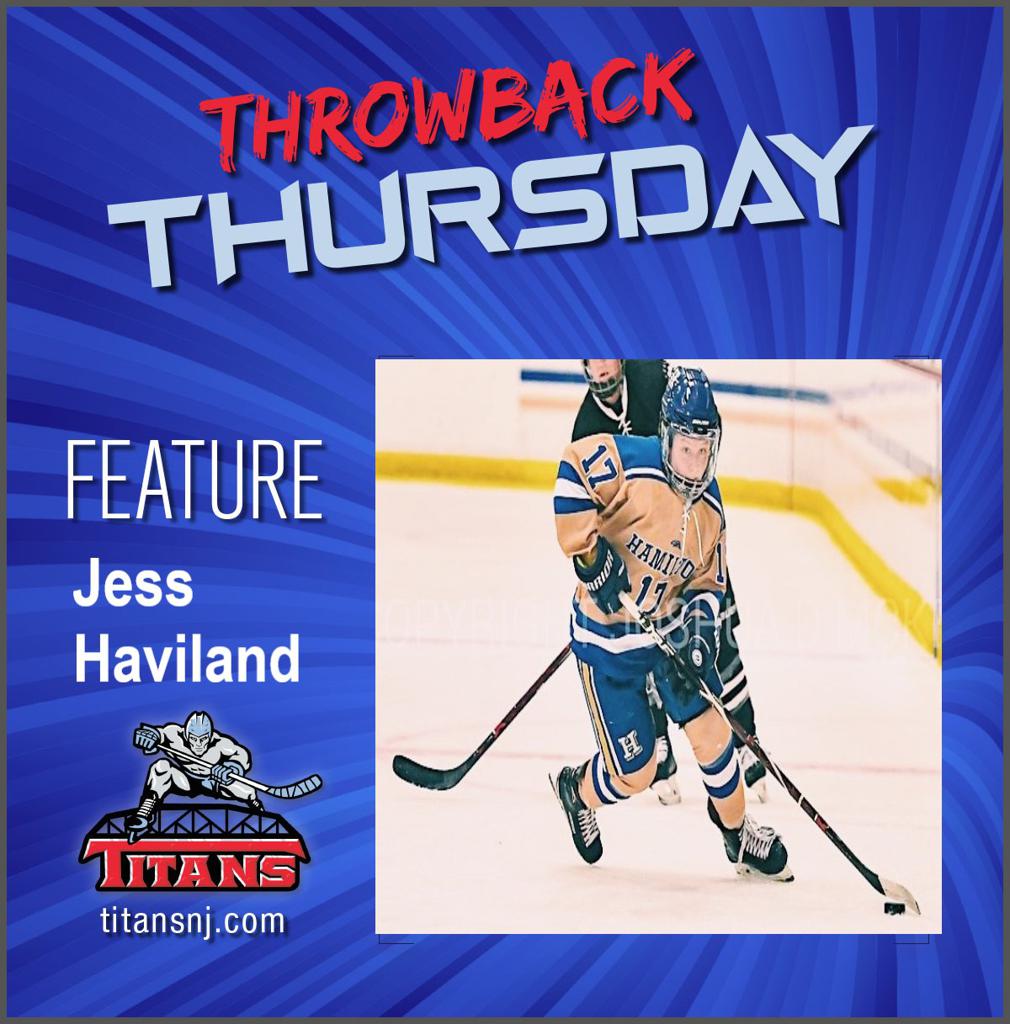