The New Jersey Titans Youth Hockey Program is pleased to announce that Andy Gojdycz and Tim Grable will coach the Bantam Minor (2007 birth year) for the upcoming 2020-21 season.

Grable and Gojdycz are not strangers to each other as they coached against one another back in 2002 and 2003 in the Colonial Valley Conference (CVC) high school league. "Grable was a tough coach to play against" stated Gojdycz, whose CBA team just won the Non-Public NJSIAA State Championship last month. "He is a great motivator and teacher of the game. His being on the staff just pushed us over the top with talented coaches and I am truly glad he accepted. The kids will learn a great deal this upcoming year and understand what the word "team" really means" said Gojdycz.

Gojdycz played for CBA back in the 1990's and won three-straight NJSIAA Championships and Gordon Cups from 1994 through 1996. He went onto play hockey through college and had a stint in the minors before hanging up the blades to coach on a full-time basis. He is an Associate Coach in Chief for the Coaching Education Program in the AAHA-USA Hockey. He will be entering his 26th year coaching ice hockey.

Grable grew up playing youth hockey in the Philadelphia area and moved onto play college Hockey. His coaching career includes stops at West Windsor-Plainsboro North and Manasquan High Schools before coaching at CBA – who won two state titles in 2014 and 2015. He also coached youth hockey at the Brick Hockey Club and then the New Jersey Rockets. He is on the staff of the Atlantic District (AAHA) Player Development Program since 2015. 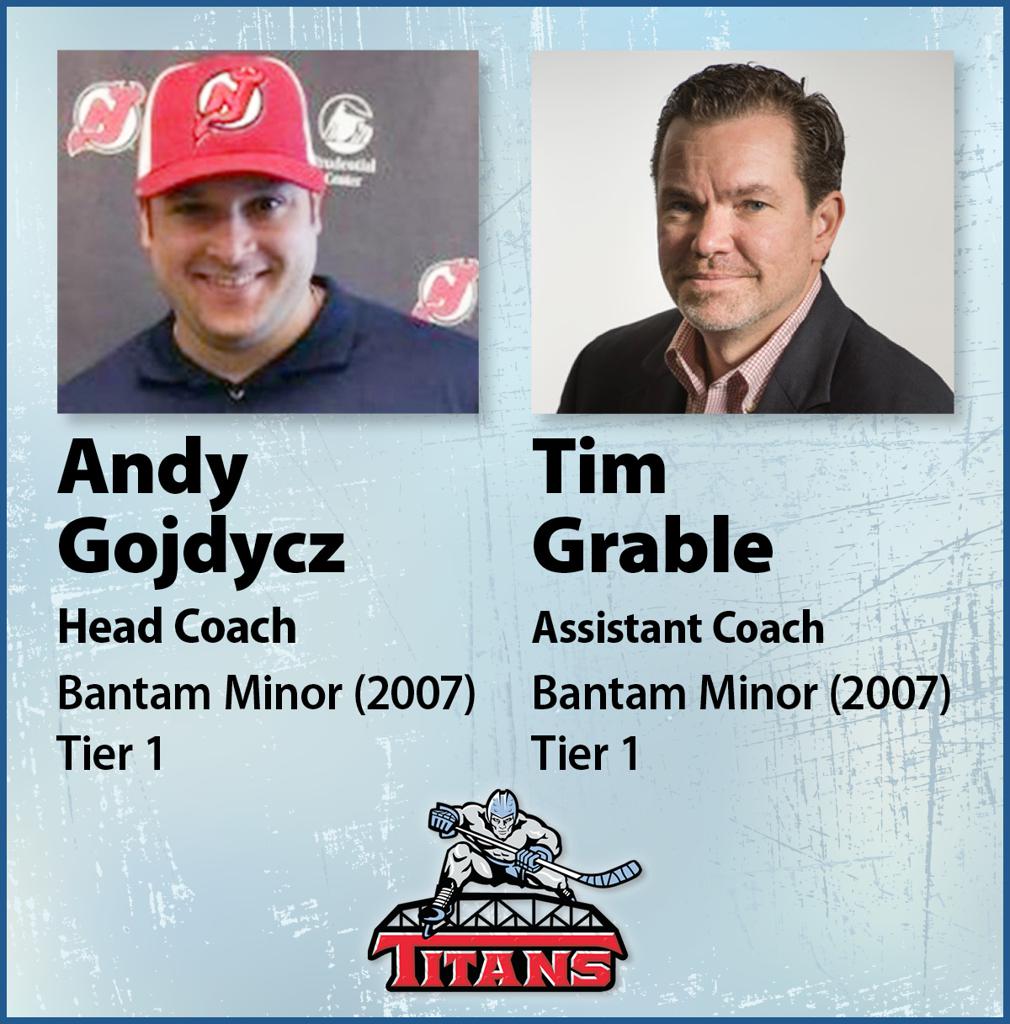