Coached by Matt Kieran, George Haviland and Pete Haytaian, this was the Titans first ever girls’ team to go to the USA Hockey National Tournament in Buffalo, NY.

This was a very strong team led by a high scoring offense comprised of Jess Devito (Big J), Becca Foggia and Brianna Haviland.

After winning the MAWHA regular season and playoff championships, they went onto defeat the Morristown Colonials to win the Atlantic District Tournament to capture the club’s first ever trip to the Girls USA National Tournament.

Despite losing to Assabet Valley in the finals, the team advanced to the finals with a 4 – 3 overtime victory when Devito hit the back of the net all four times and was set up by Brianna Haviland on all four goals. 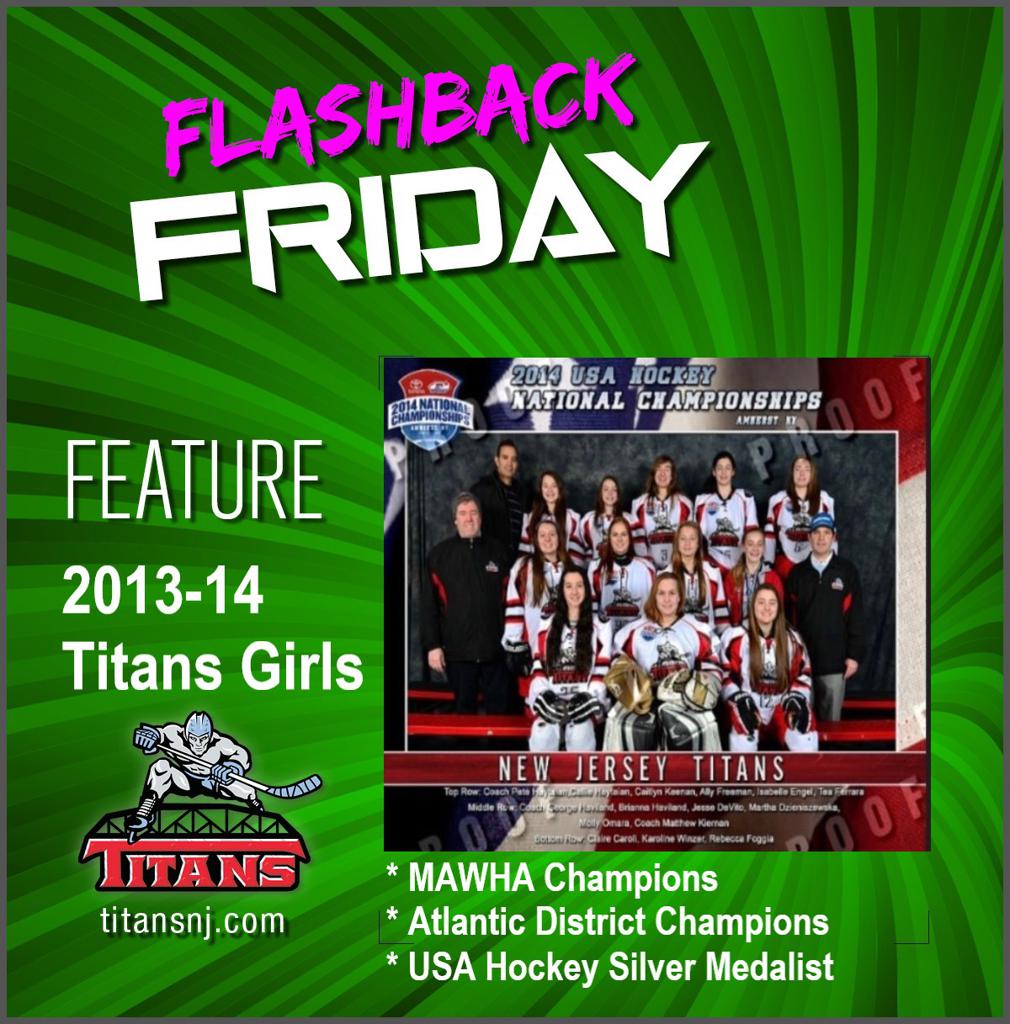