Cusanelli (1996 birth year) played a total of eight seasons with the Titans. He came up through the ranks of the youth program and was a member of the 2014-15 NAPHL 18U championship team. He is the 18U franchise leader in goals (24) and is tied for first for the most points (42).

He then played two seasons with the North American Hockey League’s Titans where he had 72 points (32 goals and 40 assists) in 115 games. His second and final season with the NA Titans his team advanced to the East Division’s finals. Despite trailing two games to none in the Divisional finals, the Titans came back to tie the series but ultimately lost in the fifth and deciding game.

After his junior career ended, he moved onto the University of Arizona where he is currently playing Division I ACHA hockey for the Wildcats and is the team’s captain. He is enrolled in UArizona’s School of Business.

Fondest Memory of being a Titan
My best memory playing for the Titans was winning the U18 NAPHL championship. We were the first team in a while to bring a championship back to Middletown and it was a special group. We were all lifelong friends from the area going up against a “select” team made up of guys from all over the country. On paper, we probably were not supposed to win, but the desire that group had to win was too much to handle for any team. You don’t come across too many special teams throughout hockey careers, but that team was special.

My time playing for the Titans was the best youth/junior hockey experience I could have imaged. I was able to come into the organization as a grade school student playing Bantams and develop all the way into a NAHL player, all while staying in my hometown.

The Titans organization, especially at the NAHL level under Craig Doremus and Bobby DiRico, taught me how much truly goes into being a hockey player and not just being someone who plays hockey. In order to be successful as a team and as an individual, it is crucial to buy into it right from the start, and they made sure we all understood this. Craig and Bobby were the hardest working coaches I have ever had, and it is no secret why they have had so much success in Middletown. The amount of life lessons I learned throughout my eight years, especially my final two in the NAHL, will remain with me forever.

The Titans organization helped me get where I am today by not only making me a better player on the ice, but as a better person off it. Playing under George Haviland for my entire time as a Titan youth was extremely beneficial to me. On the ice, he made me realize my true potential as a player and he wanted to see me succeed. Getting me to the next level was his number one priority. Off the ice, he molded us as young men and taught us that being scared was never an option in life. We went up against some powerhouse teams throughout my youth Titan career and George’s confidence in us always filtered down throughout the room and made us believe in ourselves too. I came into the Titan organization a boy and I left a man! 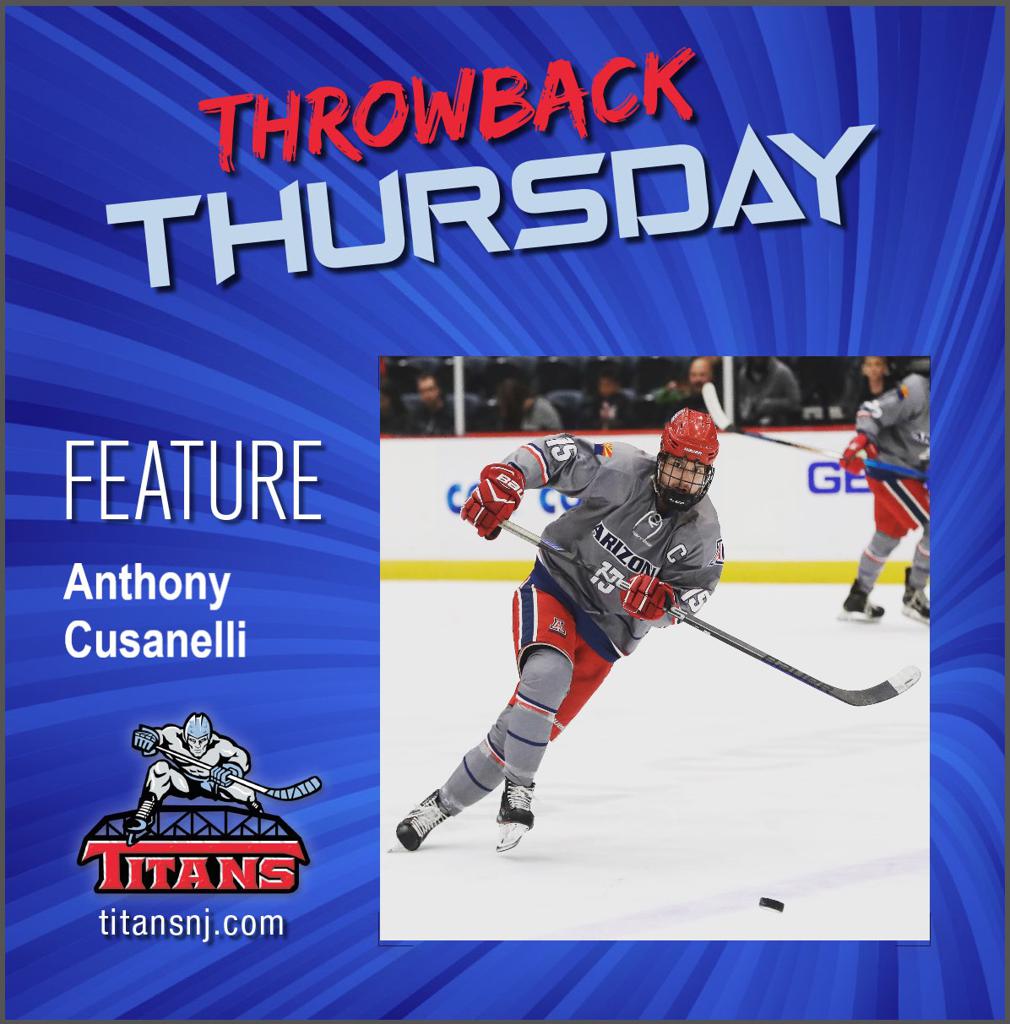