This past season the Holmdel native had 10 total points (6 goals and 4 assists) in nine Atlantic Youth Hockey League (AYHL) games.

Solovey also played for the North American Hockey League (NAHL) Titans during the season having two points (1 goal and 1 assist) in four games.

Back in early February, Solovey announced his NCAA Division I commitment to Boston College.

“I’m really excited and looking forward to the opportunity to play in Muskegon. I can’t wait to get started” said Solovey.

The USHL Phase II Draft is open to players of all ages who are eligible to play junior hockey and are not currently on one of the protected USHL rosters. The Phase II Draft continues until all Member Clubs have filled their roster to a total of 45 players, including those who were previously on the Club’s affiliate list.

Before the 2022-23 season begins, teams will have to trim their rosters to 23 players along with an 18-man affiliate list. 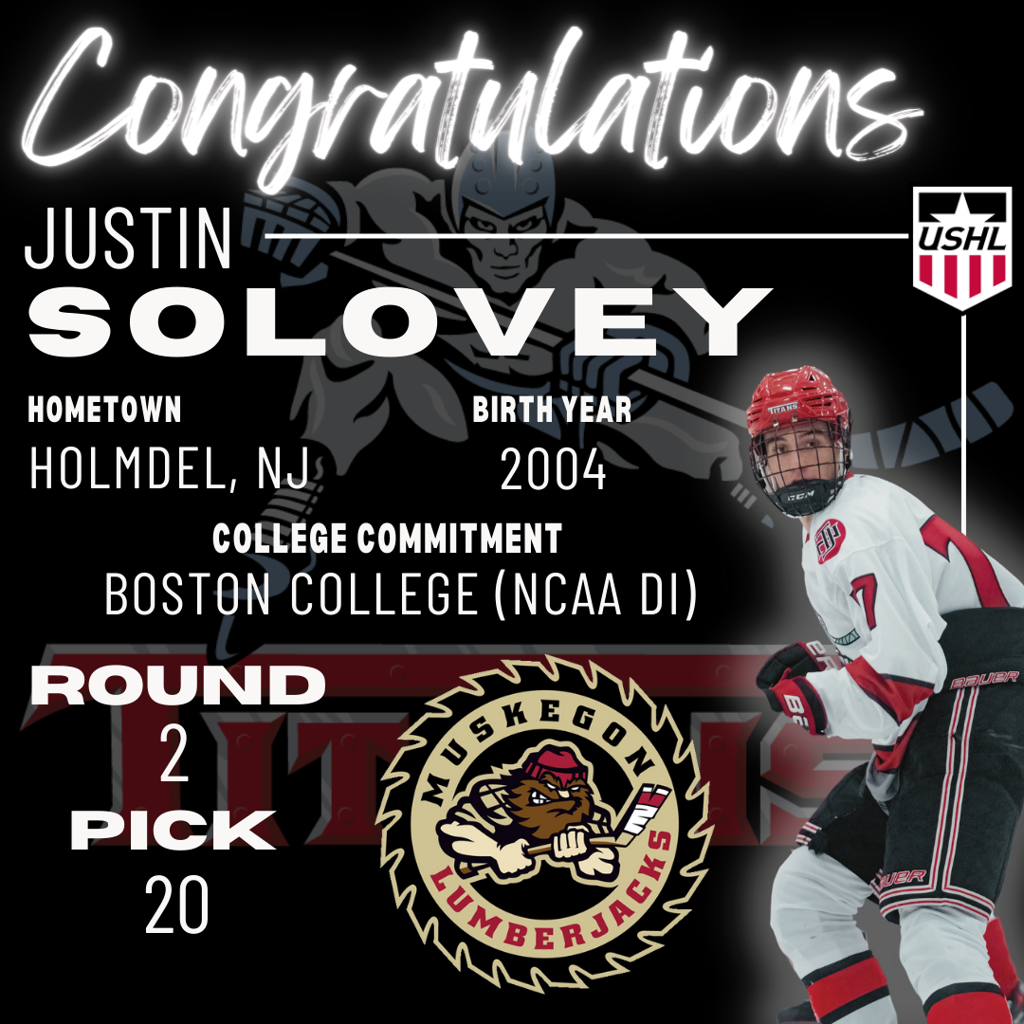