The New Jersey Titans Hockey Program, proud members of the Atlantic Youth and North American Prospects Hockey Leagues, is pleased to announce that 18UAAA Premier forward Justin Solovey has committed to play NCAA Division I Ice Hockey for the Boston College Eagles who play in the Hockey East Conference.

Solovey, 17, has 21 total points (11 goals and 10 assists) this season between the two leagues (5 goals and 6 assists in 11 AYHL games and 6 goals and 4 assists in 10 NAPHL games). The Holmdel, NJ native also has played in four games with the North American Hockey League New Jersey Titans this year earning two points (1 goal and 1 assists).

“To start, I would like to thank so many people who have supported me and helped me develop as player and as a person” stated Solovey. “I began playing for the New Jersey Titans and Coach Haviland several years ago where the coaching staff believed and supported me through the countless practices, the many wins, and even during the unfortunate losses. The AYHL provided great competition and playing against top tier talent weekly truly pushed me as a player. I’m really excited to join the culture of Boston College and the historic winning culture. I can’t wait to see what the future holds” concluded Solovey.

"We at the Titans are all very proud of Justin and this accomplishment” stated Titans President George Haviland. “To earn a commitment to Boston College is a gigantic step to further his hockey career!! Justin is a player who over his five years here as a Titan has continued to take the steps to improve his individual skill sets, his game play, combined with his off-ice commitment to the Sports Performance Lab (SPL gym) here in Middletown those three things are big separating factors to Justin’s success. It is a great message to all our Titan players in our organization when you follow and trust the process good things happen to the players that put the time in! Congrats to Justin and his family on a super accomplishment!! He has a bright future" concluded Haviland.

Boston College is in Chestnut Hill, MA. The Eagles are coached by Jerry York. 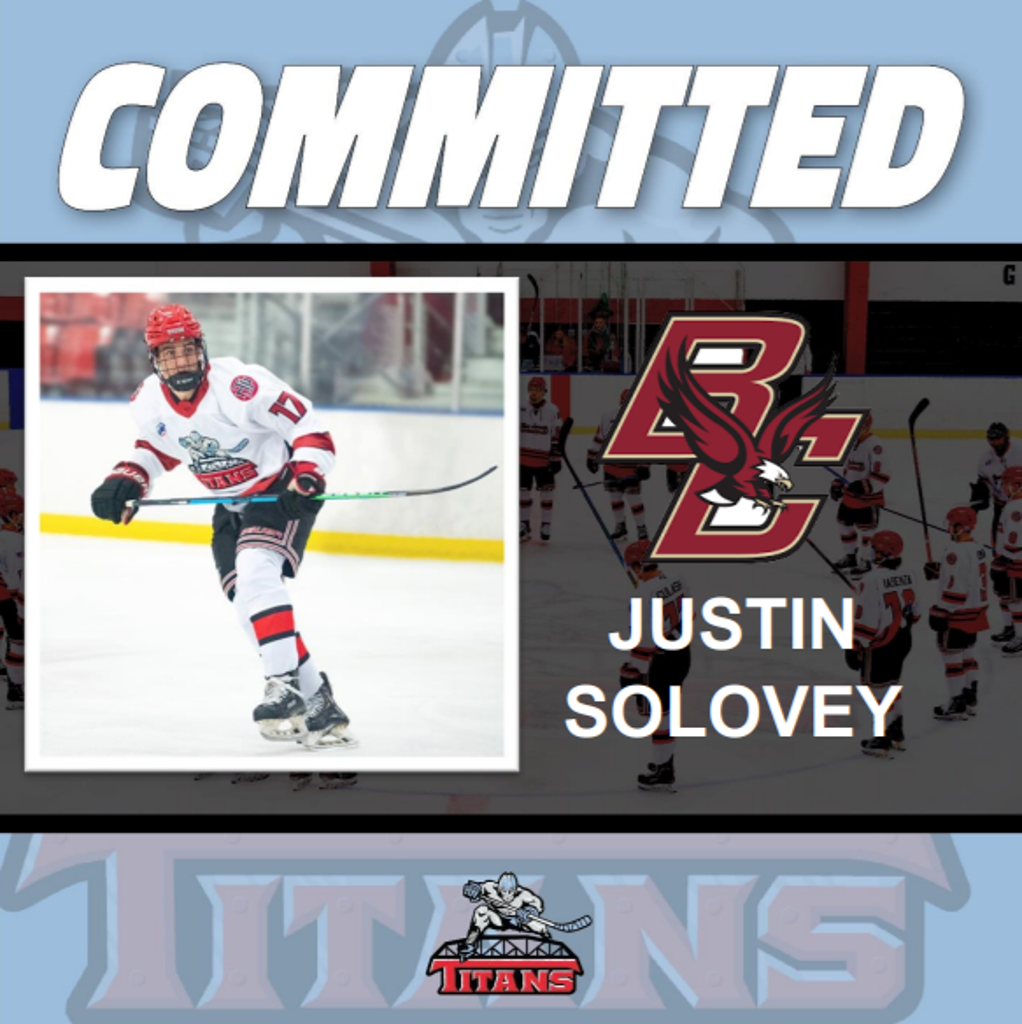