The North American Prospects Hockey League (NAPHL) has announced its 2021 All-Star Rosters for the 16U and 18U divisions, and four Titans have their name on the list: Antonio Donohue and Patrick Haines (16U Black) and Jared Schaal and Ethan Wongus (18U Black). 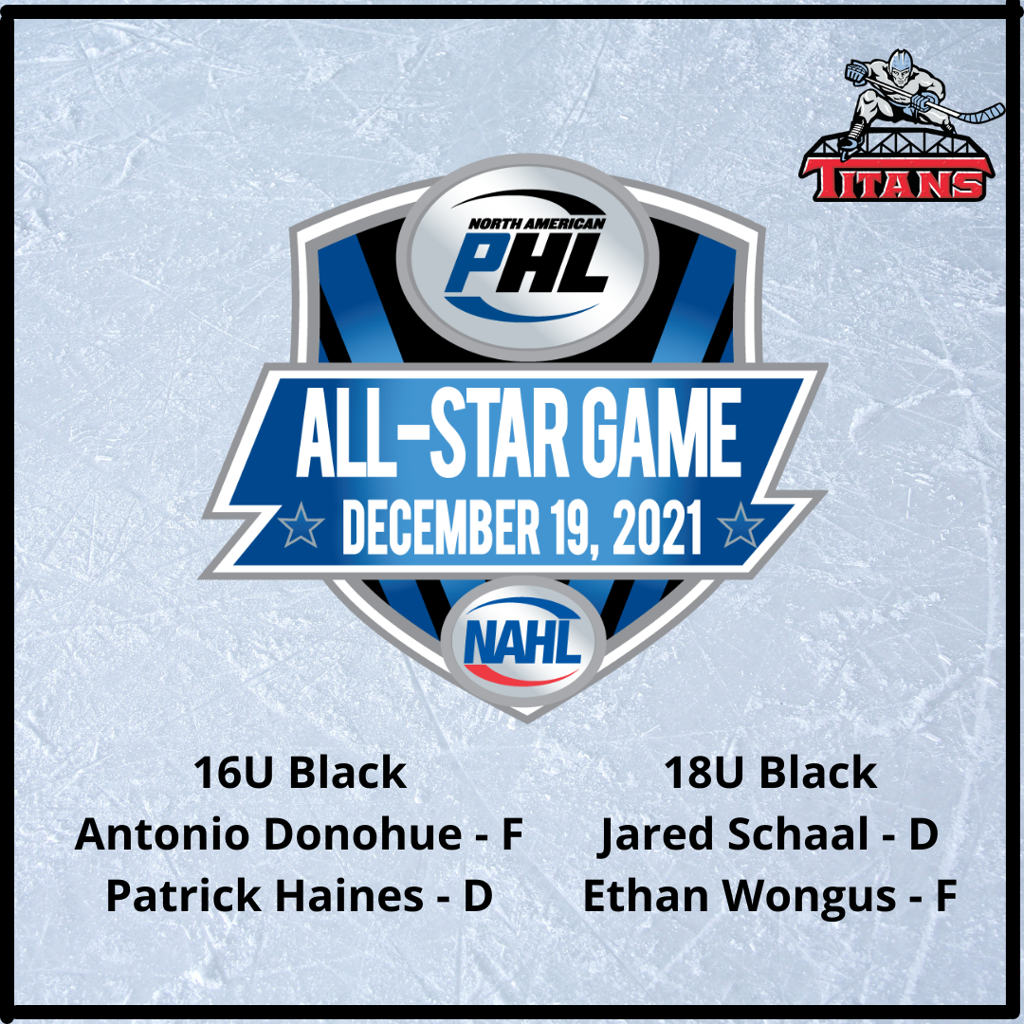