Wongus, 17, has 17 total points (9 goals and 8 assists) in 12 NAPHL games so far this season. He also has appeared in two NAHL games scoring a goal and an assist.

The 5’10”, 170 lb. native of Edmonton, AB was named an affiliate player for the organization’s flagship team back on February 16, 2021. An affiliate player agreement enables youth players to participate in a certain amount of NAHL games in a season.

“I really appreciate the opportunity coach Craig Doremus has given me” stated Wongus. “I also really want to thank Coach Haviland for supporting me and helping grow, not only within the organization but as a person. I’m excited about the possibility of furthering my hockey career and playing collegiate hockey” concluded Wongus.

“I very happy for Wongo to be tendered by our NA Titans program” stated Titans President George Haviland. Ethan is a very talented hockey player but even better person. It has been great watching him grow the last of couple of years, and I know he as what it takes to play at the next level. I’m excited to see how he does.

Ethan is another example of the Titans organization promoting within and staying true to our mission statement of helping players get to the next level. We currently have three players on the NAHL team’s roster who came up through our program was well as another who has appeared in a couple of games so far this year. We are practicing what we preach” concluded Haviland. 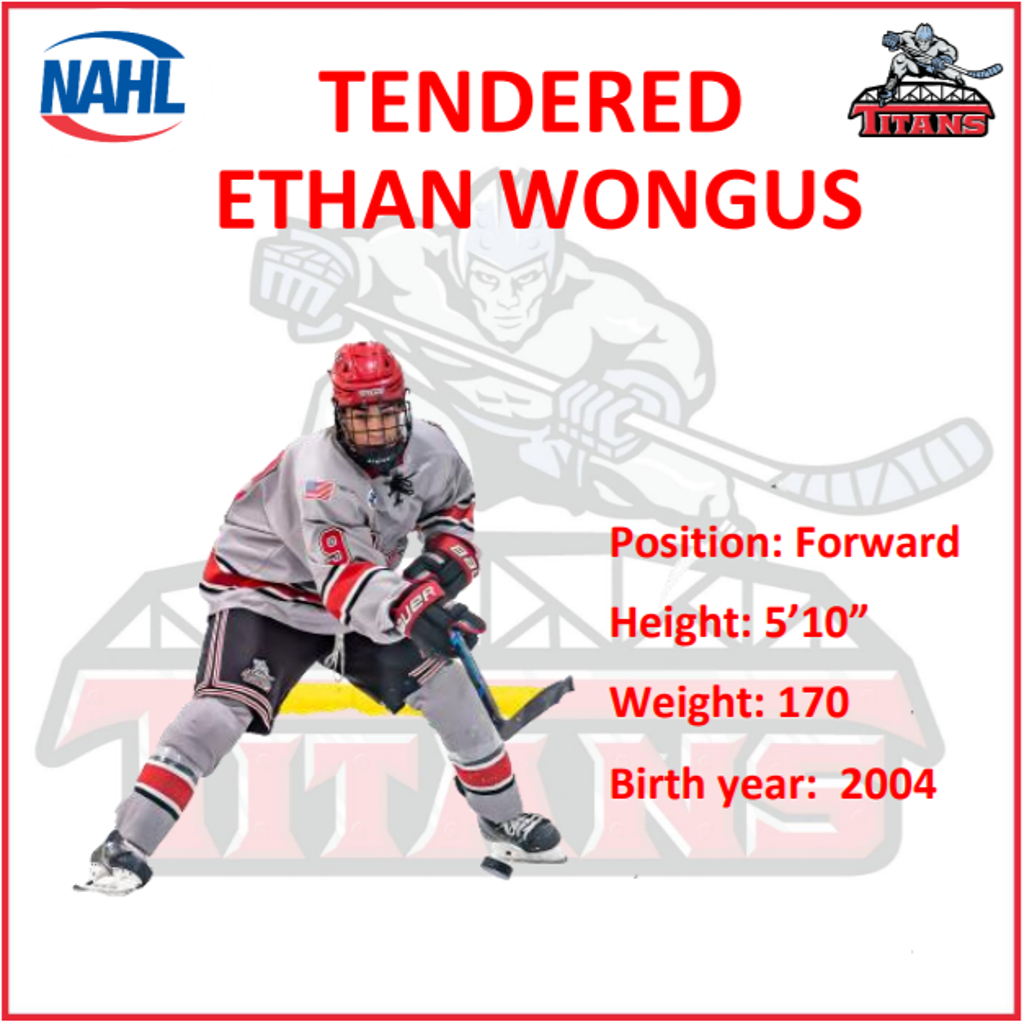