Coskay named AYHL U16 Player of the Week

The Atlantic Youth Hockey League announced yesterday at Ethan Coskay was named the U16AAA player of the week for week ending November 7.

“He’s doing awesome” said U16AAA head coach George Haviland. “He's a guy that's worked his way to the top of the U16 team. He works really hard, and he is our club’s most improved 16U for sure. That’s 100% quantifiable” concluded Haviland. 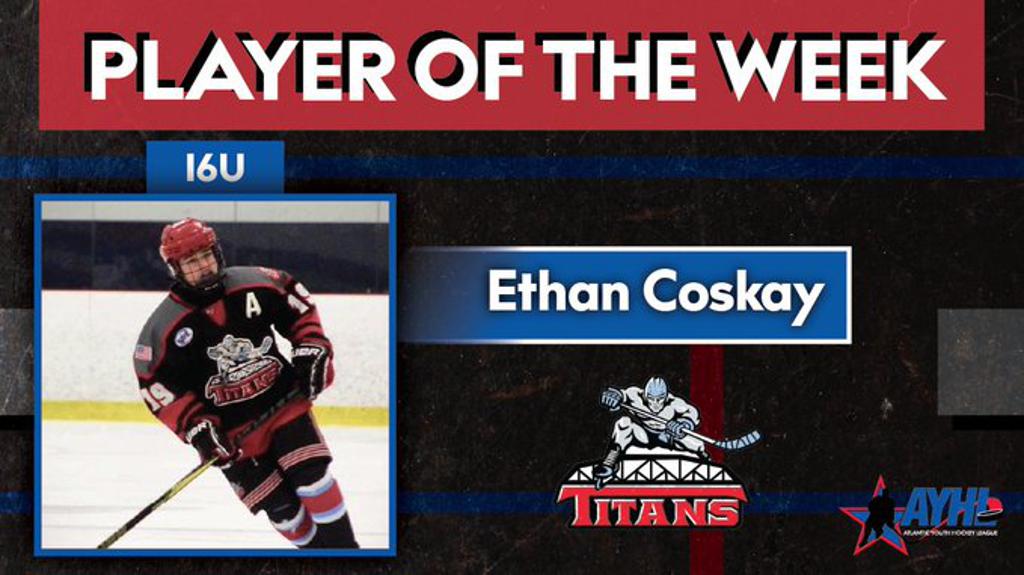