The New Jersey Titans Hockey Program is pleased to announce that two members of its 18U Premier team have made the North American Hockey League’s (NAHL) Titans 30-man roster: defenseman Colin Grable and forward Marcus Sang.

Both were named affiliate players for the NA Titans back on February 16 while Sang was tendered by the organization’s top-level team back on June 29.

After competing against over 175 players and playing in four games at the NA Titans main camp last week, the pair played in the highly publicized Red vs. White all-star game on Thursday. Upon exit interviews with the NAHL Titans coaching staff, they were informed that they were invited to the team’s training camp and made the 30-man roster. The NA Titans must trim their roster to 25 by mid-September.

The NAHL Titans training camp begins at the end of August.

16U Premier defenseman Patrick Haines and 18U forward Patrick Timpone also played in the main camp’s all-star game but did not make the 30-man roster. 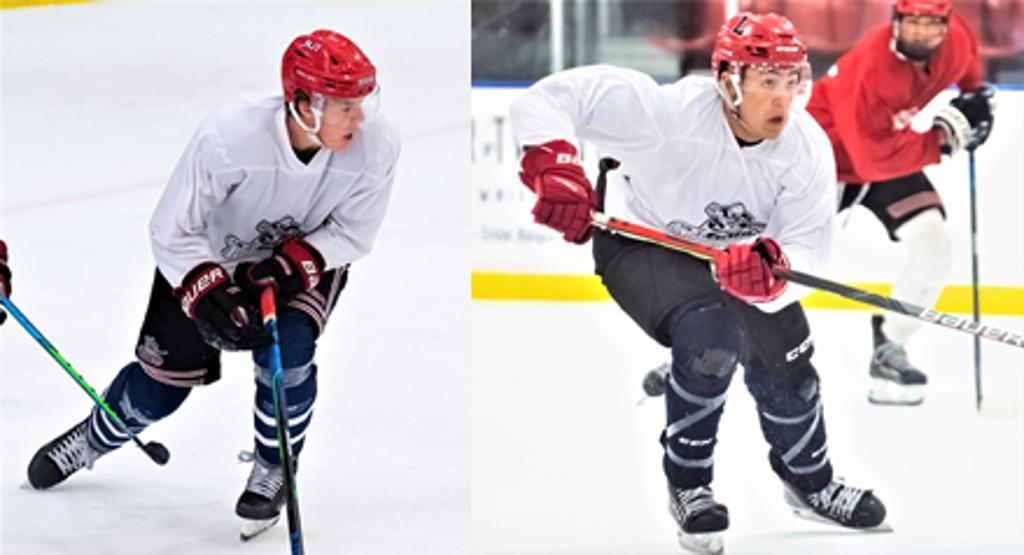