Sang, 19, had eight points (7 goals and 1 assists) in eight Atlantic Youth Hockey League (AYHL) games this past season. He also had six points (5 goals and 1 assist) in five NAPHL playoff games for the Red Buckets.

The 6’0”, 170 lb. native of Toronto, ON was named an affiliate player for the organization’s flagship team back on February 16.  An affiliate player agreement enables youth players to participate in a certain amount of NAHL games in a season. Sang played in three games with the NAHL team this past season and was a +2.

“I really appreciate the opportunities coaches Craig Doremus, Bobby DiRico and Kyle Shapiro have given me” stated Sang. “I also really want to thank Coach Haviland for supporting me within the organization. I’m training very hard on and off the ice in preparation for main camp, and I’m really excited to be able to show the coaching staff my skills” concluded Sang.

“I couldn’t be happier for Marcus to be tendered by our NA Titans program” stated Titans Director of Players George Haviland.” I have personally been watching Marcus for quite a few years now and he is exactly the prototypical North American Hockey League player, and he will fit in our plans extremely well. I’ve had the pleasure of coaching Marcus. Not only is he a good hockey player but he is a great young man with outstanding character. I’m proud to have him back to wear the red bucket again.

Marcus is another example of the Titans organization promoting within and staying true to our mission statement of helping players get to the next level. I’m excited to see how he does” concluded Haviland. 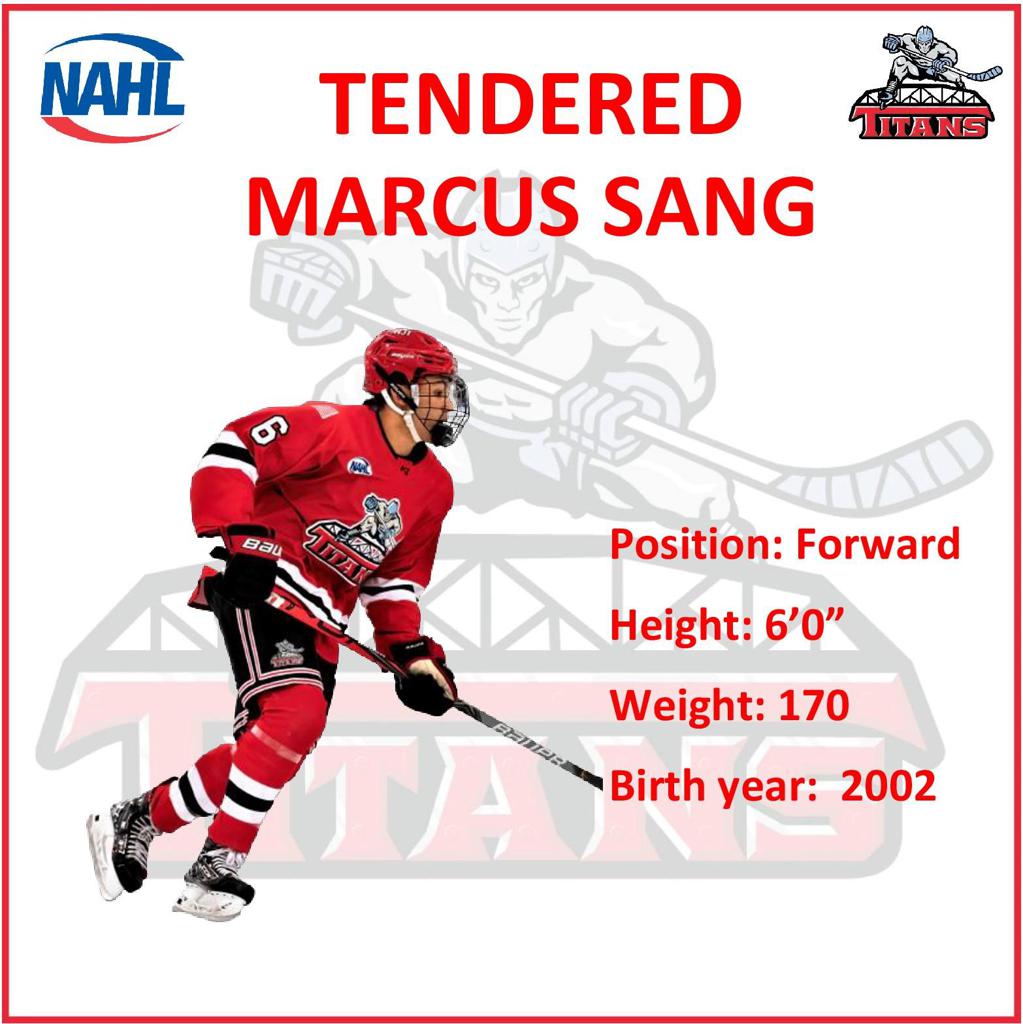