The New Jersey Titans are pleased to announce that Kendall Cornine has been named the new girls’ Assistant Hockey Director. Cornine also will coach the U12 and U14 Tier I teams.

“I am very excited for the opportunity to join the Titans organization as the Assistant Girls’ Hockey Director” stated Cornine. “I grew up playing in the Atlantic District alongside Director, Amanda Drobot, and look forward to working together to grow our girls program. My hope is that my passion for the sport and experiences gained throughout my collegiate, professional, and coaching career will be an asset to the Titans program and contribute to future successes. I’m grateful for the opportunity and look forward to this next season with the Titans” concluded Cornine.

“I am extremely excited to add Kendall to our girls’ staff” said the Titans Girls Hockey Director Amanda Drobot. “She brings a wealth of experience at all levels and will be a tremendous asset to our girls both on and off the ice. I look forward to working with her to grow the girls’ game and continue the success of the Titans girls’ program” said Drobot.

Cornine, a Kinnelon, NJ native, attended Morristown-Beard School high school where she set the New Jersey high school all-time scoring record with 199 points (104 goals and 95 assists) and was named the New Jersey High School Player of the Year in 2015. She was also named the New Jersey Devils High School Player of the Year in 2014 and 2015. She played collegiately at the Rochester Institute of Technology and was her team’s captain during her junior and senior seasons. She was RIT’s all-time leading Division I goal scorer. After college she was a second-round draft pick of the Metropolitan Riveters of the National Women’s Hockey League (NWHL), where she played for two seasons.

Cornine recently coached the New Jersey Colonials girls’ U12 and U16 Tier I teams. 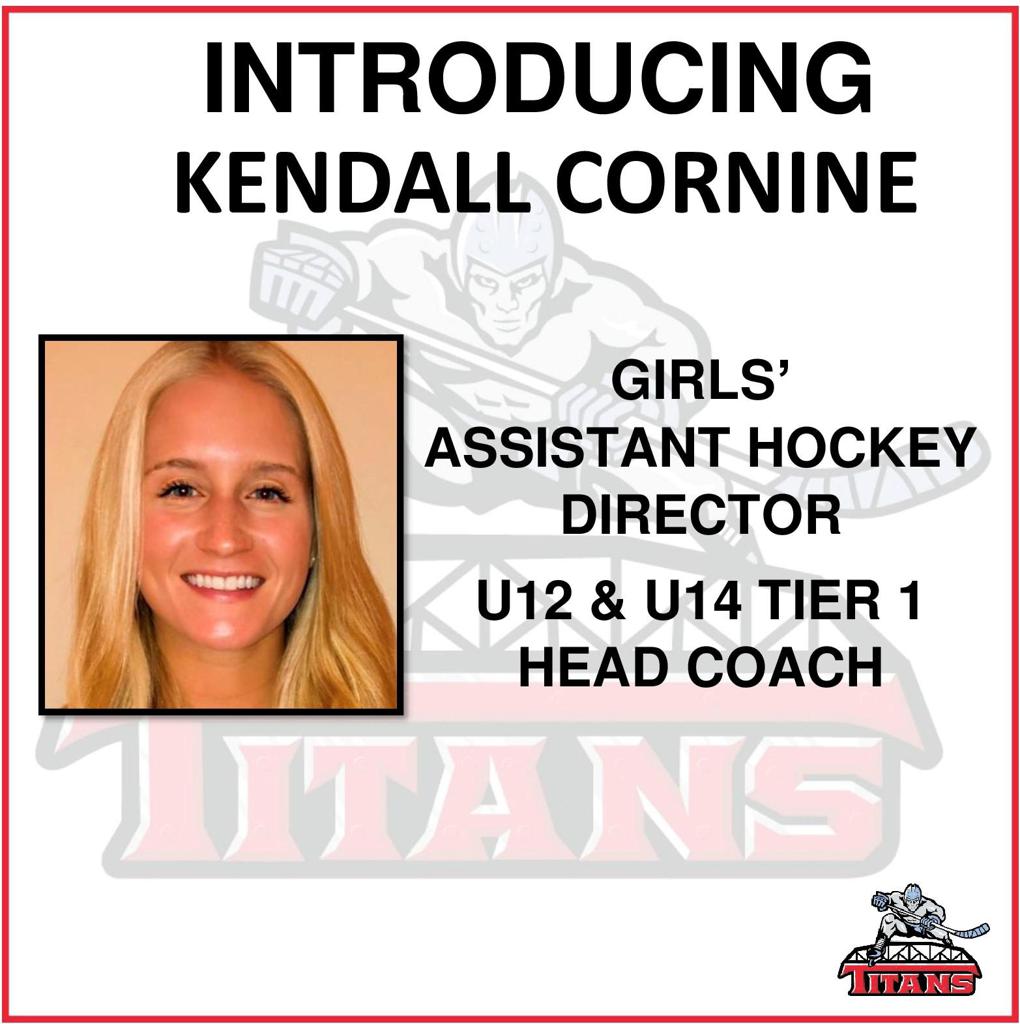