The Titans girls’ Tier 1 U16 won the Atlantic Districts yesterday by defeating the New Jersey Colonials 4 – 1 to complete a sweep of the best-of-three championship series. The Titans beat the Colonials Friday night 3 – 2.

The team will now move onto Nationals which will take place April 28 – May 2 at Ice Line in West Chester, PA. 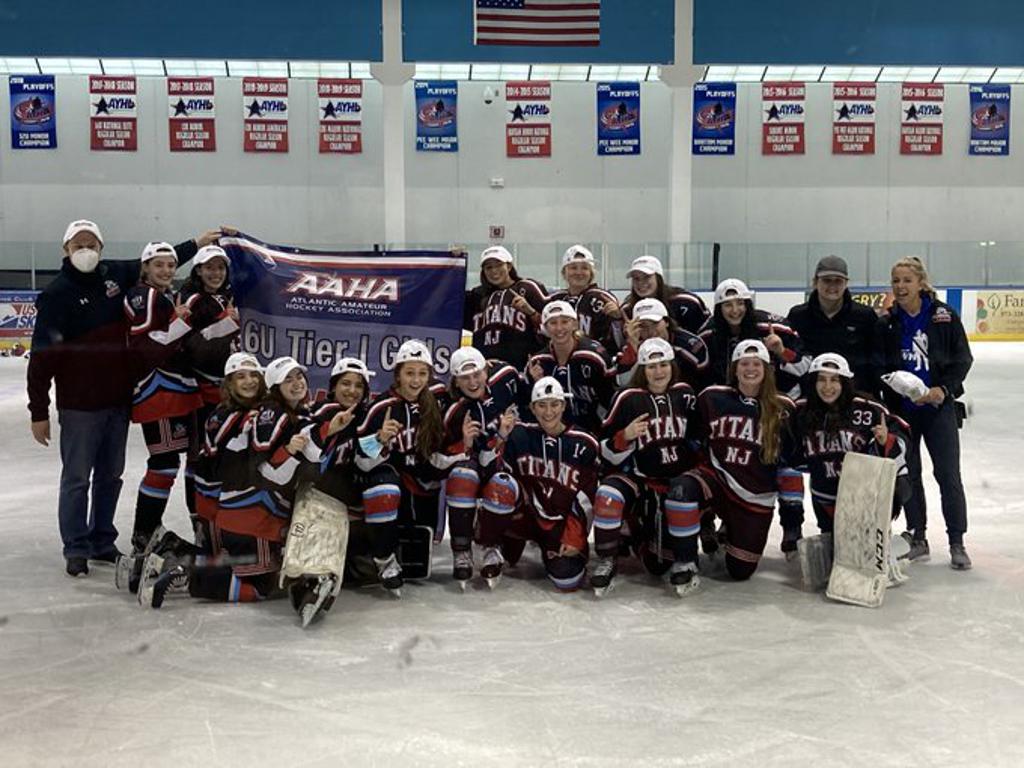