Tier 2 19U - Abbigail Cunkelman – First Star
Defense, Abbigail Cunkelman, #30 continues to improve in skill and speed with every game.  She scored a goal this weekend late in the third period against the NJ Colonials after picking up the puck at mid-ice and skating it deep into the zone.  She made a quick back hand pass to center the puck to her line mate who placed a shot on goal and Abby picked up the rebound tapping it into the net from behind the goal line.  Her goal tied up the score in a close battle of game.  She is a smart player who is looking to making the pass for a breakout, aggressive in the corners to win battles, or creating a turnover to help the team control the game.

Tier 2 19U – Madilynn Cunkelman – Second Star
Forward, Madilynn Cunkelman, #19 is a hard-working player who continues to improve in speed, skill, and Hockey IQ with every game.  In Saturday’s game vs the NJ Colonials, her effort on the Penalty Kill and her 5 v 5 play in the D-zone was outstanding. She is a smart player who is looking to make passes to set up scoring opportunities for the team.  She is good at reading the play and being able to break up passes to create turn overs.  She is aggressive in the corners and along the boards to win battles and get the puck out to her teammates.

Tier 1 14U - Bridie Fitzgerald – First Star
Forward, Bridie Fitzgerald, #20 came away with two goals in this weekends’ games. Her first goal was in the second period of the math up with the Ramapo Saints which gave the Titans the lead and eventually the 2-1 win.  She also scored in Sunday’s game with a quick one timer to put it past the goalie. Bridie is always working hard in all three zones but has shown great improvement on breakouts and entering the offensive zone. She has learned to use her speed and drive wide to the net or look for her teammates who are crashing the net backdoor.

Tier 1 14U - Juliet Smith – Second Star
Defense, Juliet Smith, #7 is a great team player! She is always looking to make the pass to her teammates to pick up assists and has stepped up this season to play positions that are out of her comfort zone. Juliette is a great defender and is always picking up sticks in front of our own net. The past few games she has stepped up to fill in on forward and has some great offensive zone plays. She picked up an two assist this weekend one in the Saturday game vs Ramapo Saints which eventually lead to the Titans’ victory.  The other was in Sunday’s game when she shot the puck far pad and her line mate picked up the rebound. Juliette's hockey IQ has helped with her quick decisions and recent change of position. 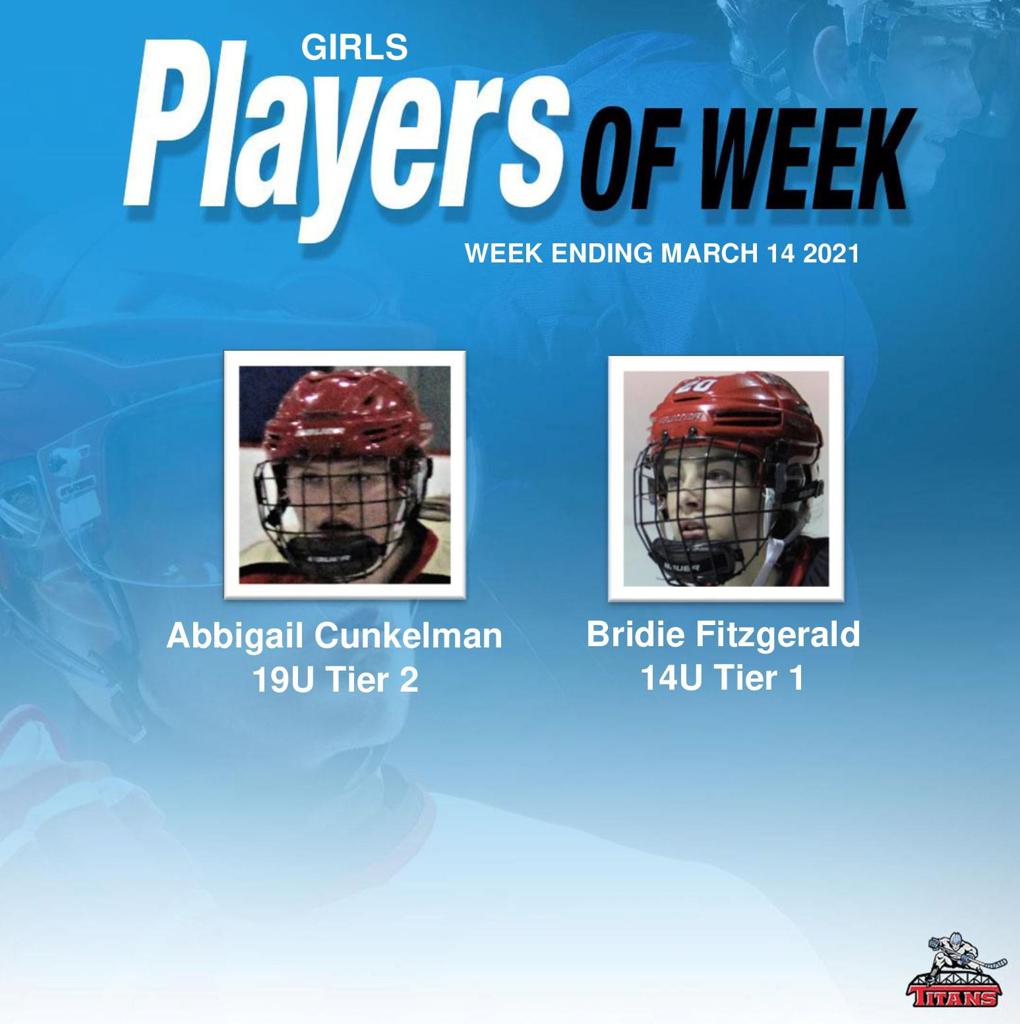