The New Jersey Titans Hockey Program is pleased to announce that Shane McColgan has been named the Titans Academy Boys’ U18 and U16 Head Coach.

McColgan had a storied playing career. He was a 2008 first round draft pick (thirteenth overall) by the Kelowna Rockets of the Western Hockey League (WHL) in which his team later won the WHL championship that season. He also was a draft pick of the Fargo Force of the United States Hockey League (USHL) that same year.

The Torrance, CA native played collegiately at St. Thomas University in Fredericton, NB, and he was a fifth-round draft pick of the New York Rangers of the National Hockey League (NHL). He played professionally with the Tilburg Trappers in Germany and his team won the German League Championship in the 2016-17 season.

“I am excited and honored to start my new journey with the New Jersey Titans Hockey Academy” stated McColgan. “With quality academics, a first-class rink and excellent housing amenities, I am confident this program will be one of the best in the United States, both in the classroom and on the ice.

As a former player and fifth-round draft pick of the New York Rangers, I have spent memorable time in the tri-state area.  I am eager for my cross-country move and ready to surround myself with an admirable and supportive organization.   I pride myself in being a player’s coach, building positive rapport and teaching lessons that span both hockey and life itself. With determined work ethic and effective leadership qualities, I am thrilled to help in the building process of the New Jersey Titans Hockey Academy.

I’d like to thank George and Craig for their faith in me and cannot wait to meet everyone very soon” concluded McColgan.

"I am excited to have Shane aboard as he is an excellent fit for what we are building here with the Academy” stated Craig Barnett, Director of Titans Academy. “As he was as a pro player and most recently as a Head Coach, he is a detailed guy and focuses on development, exactly what we were looking for in a Coach and GM. He will relate well with the players and he is coming aboard at a great time during our recruiting period" said Barnett.

“I feel very strongly about Shane joining our deep bench of coaches” said Titans Director of Players George Haviland. “He fits our lineup very well with his playing pedigree combined with the experience of coaching he has had. When the opportunity to bring Shane here to lead our Titans Academy boys’ program was a great one for him to grow as a coach and with all the support that we can provide him he’s for sure going to succeed here” concluded Haviland.

The Titans Academy offers student athletes a unique opportunity to blend academics and ice hockey at our facility in the Middletown Sports Complex. Classes are held in one of the Complex’s Cabana’s that serves as a classroom. We provide Accredited high school classes that are fully recognized by the NCAA. Our academic platform is being provided by USPA. It has a full-time teacher as well as an academic advisor. Students will be on the ice two hours a day with their own locker room along with a gym, workouts, and one-on-one assistance.

Those interested in learning more about the Titans Academy program should email Craig Barrnett at craig.barnett@titansnj.com or visit titansnj.com/academy. 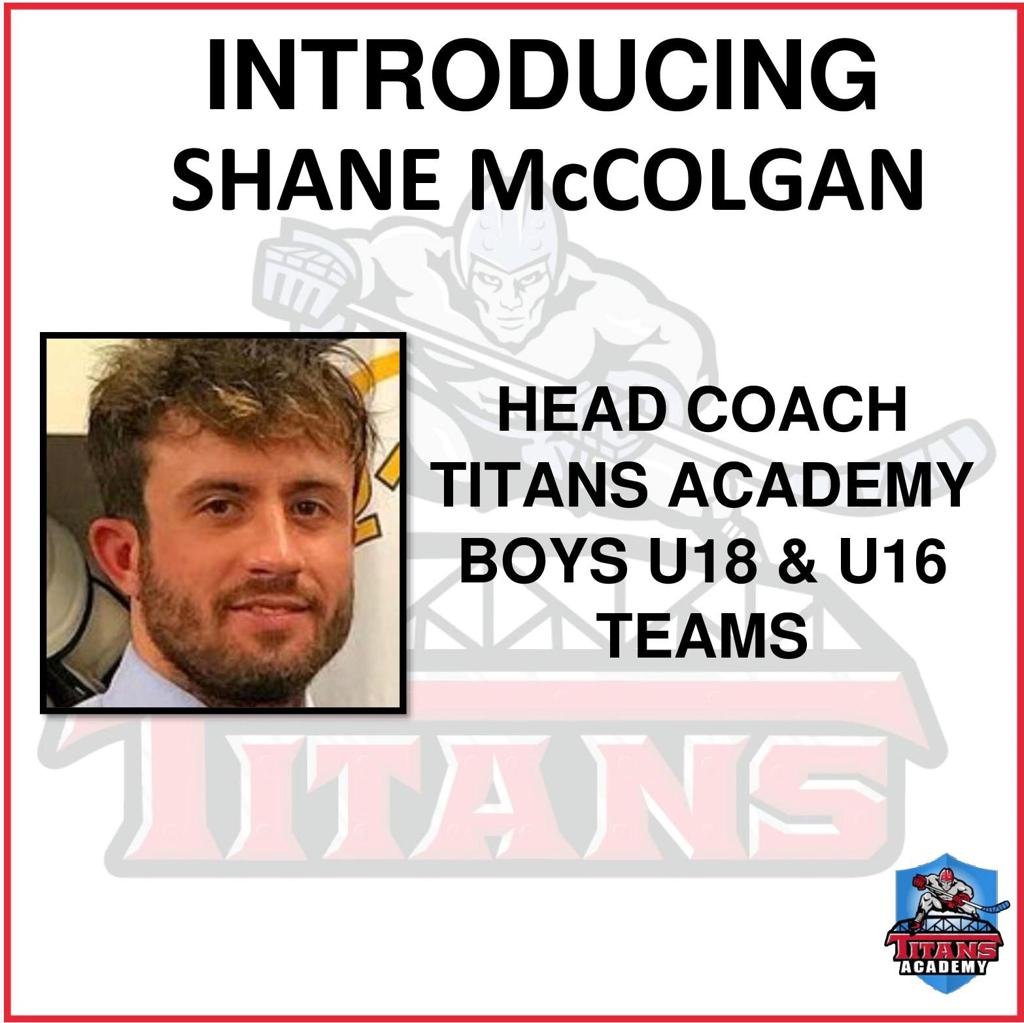