Two Titans’ teams won their respective division at the One Hockey Tournament over the weekend at the Middletown Sports Complex.  All participating teams were from New Jersey.

The Titans Squirt AA team won the 10UAA division by beating the New Jersey Devils in the finals while the Squirt A team defeated the Princeton Tigers 4 – 3 in the championship game.

The Titans Mite and Pee Wee A teams advanced to the finals.

Congratulations to all the participating Titans teams on a job well done! 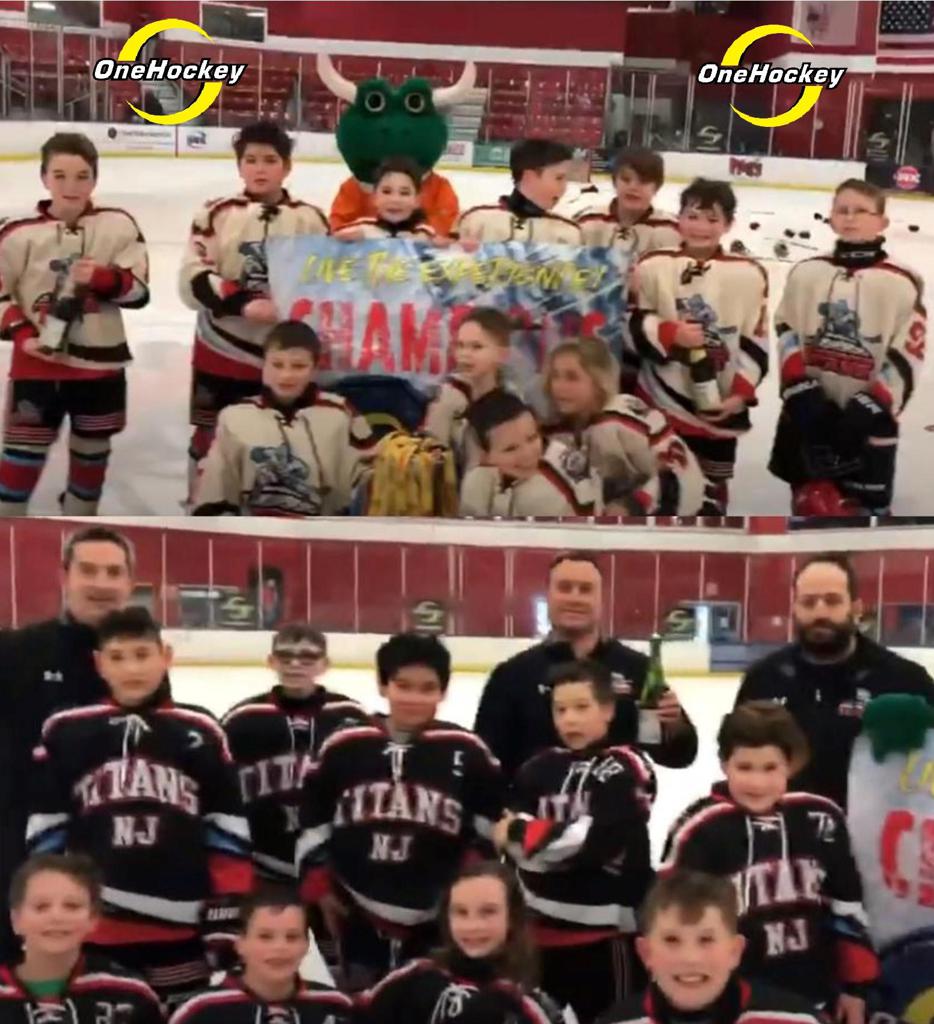