Tier 2 19U - Gillian Kibbey – First Star
Defense, Gillian Kibbey, #62 played a great game against the Princeton Tiger Lilies on Saturday scoring a goal in the second period. She is an offensive minded player who uses her speed to move the puck out of the defensive zone to create scoring opportunities for the team.  She is a fierce competitor for the puck when battling in the corners and has been a key player on the team this season making smart decisions to help control game and skating the puck out of the zone and up the ice.

Tier 2 19U – Michelle McCabe – Second Star
Forward, Michelle McCabe, #91 had an assist this weekend in the game against the Princeton Tiger Lilies.  Michelle continues to be a threat on the ice this season.  She not only has the ability to skate the puck up the ice and find the back of the net but makes key passing decisions to create scoring opportunities for her teammates.  She is aggressive in pursuing the puck and quick in making smart decisions to keep control of the play.  She has been an asset to this team.

Tier 1 14U - Aurora Cunkelman – First Star
Forward/Defense, Aurora Cunkelman, #25 had a great game against the Devils Youth 14U on Sunday scoring two goals in the game. Aurora had a strong offensive game, kept her feet moving and capitalized on her scoring chances.  She outmuscled her opponents in the face-off circle. She used her strength to her advantage and outworked the other team. All of her shots were with a purpose and didn't just get rid of the puck. She used her hockey IQ to her advantage, and it showed with all of the scoring opportunities she created. She was able to pick up two goals on Sunday because of her strength and quickness with getting the puck on net.

Tier 1 14U - Bridie Fitzgerald – Second Star
Forward, Bridie Fitzgerald, #20, stepped out of her comfort zone and played Center instead of Winger for our 14U team against the Devils Youth on Sunday.  She used her speed to her advantage and got many shots on net. She was able to gain speed through the neutral zone, drive wide when entering the offensive zone and had several breakaways. She created many opportunities in the offensive zone for her linemates and was able to pick up an assist. 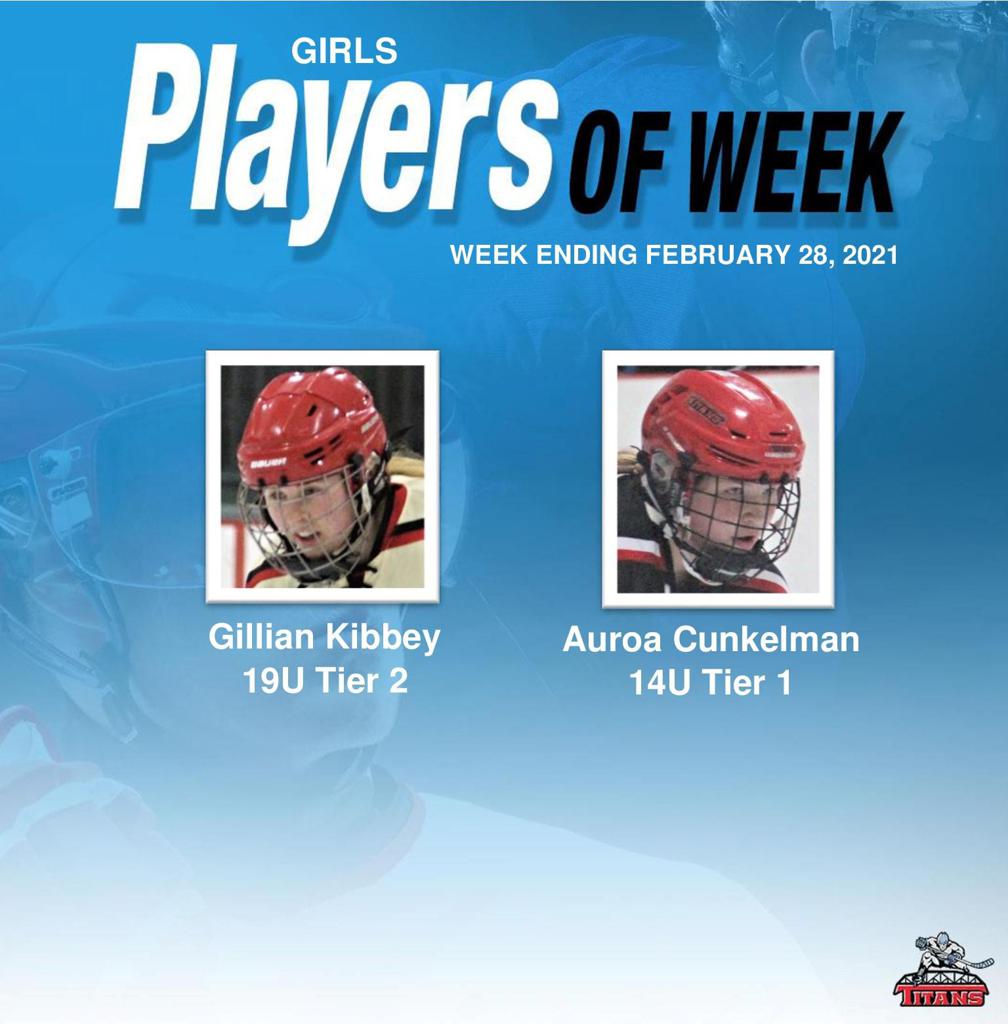