“I am very excited on getting the opportunity to play at the next level for the New Jersey Titans NAHL and becoming part of their culture” stated Solovey.

“Justin is a guy that over the last few years has been committed to developing his individual skill sets, and what he has been able to accomplish shows that he is a top prospect” stated Titans Director of Players George Haviland. “His ability to hold onto the puck and make plays combined with his playmaking skills, and his size and strength makes him a player that we feel has very bright future ahead of him. Keeping the promote from within the Titan mission statement makes Justin a no brainer tender selection for us at the NAHL Titans level.

What Justin did at the NAPHL playoffs in Dallas was a separating factor amongst his peers in which he was a top five scorers in the NAPHL playoffs weekend and only playing in four games closed the deal for us and our selection to tender him at the NAHL level” concluded Haviland. 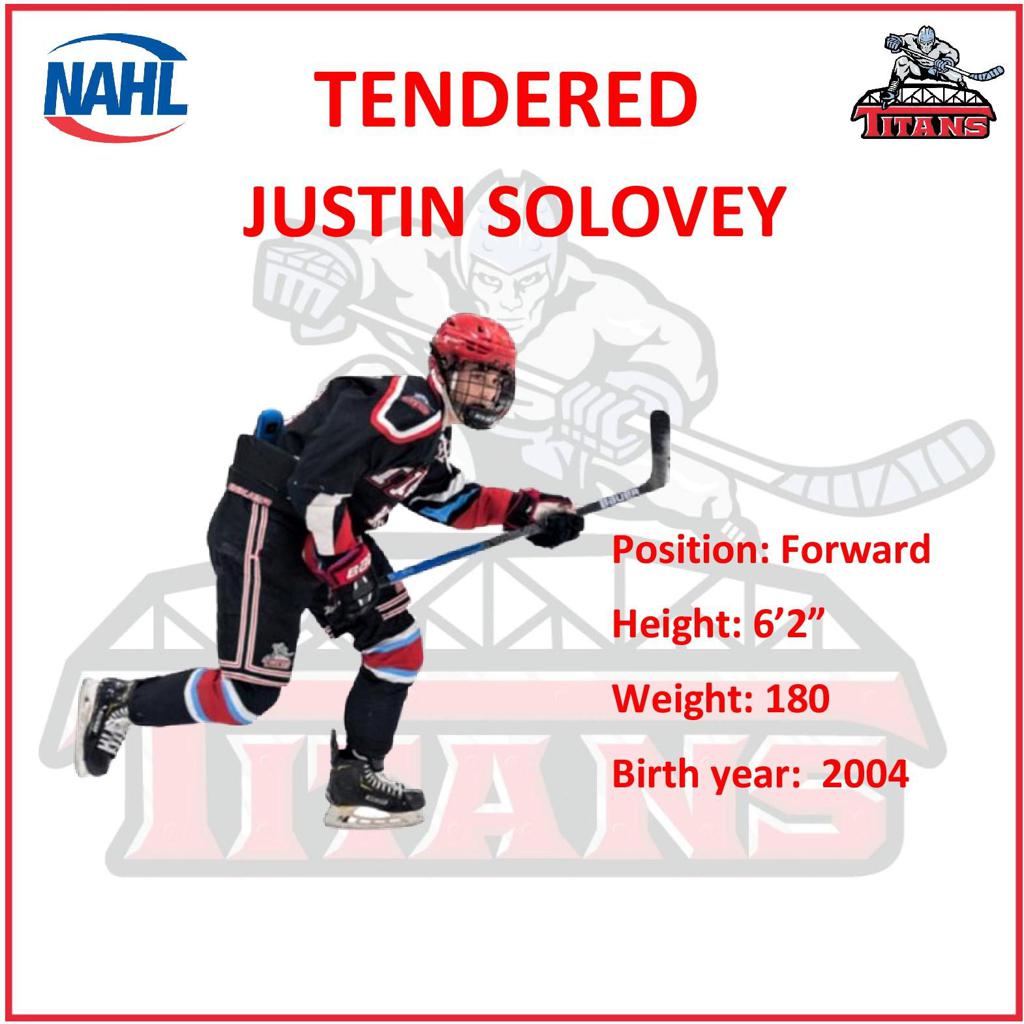