The players who have been affiliated are: Colin Grable, Marcus Sang and Gage Vierzba from U18 and Pat Reilly and Ethan Wongus from U16.

The affiliate player agreement enables youth players to participate in a certain amount of NAHL games this season.

“We are proud to announce the affiliations of five players from our very own youth program” stated Titans NAHL head coach and general manager Craig Doremus. “The young men have worked to improve and grow throughout the season and we are excited to have them on our list.  Each player offers unique skills and intangibles that made them appealing to our coaching staff.  We want each guy to be proud of this accomplishment but fully know that there is much work to be done still.  We look forward to them continuing to mature and grow with our midget teams and wish them the best of luck as they approach the latter part of their youth seasons” concluded Doremus.

The NAHL Titans are the highest level of junior hockey on the East Coast. Last season the Titans had 19 NCAA ice hockey commitments. They are a non-pay-to-play team. 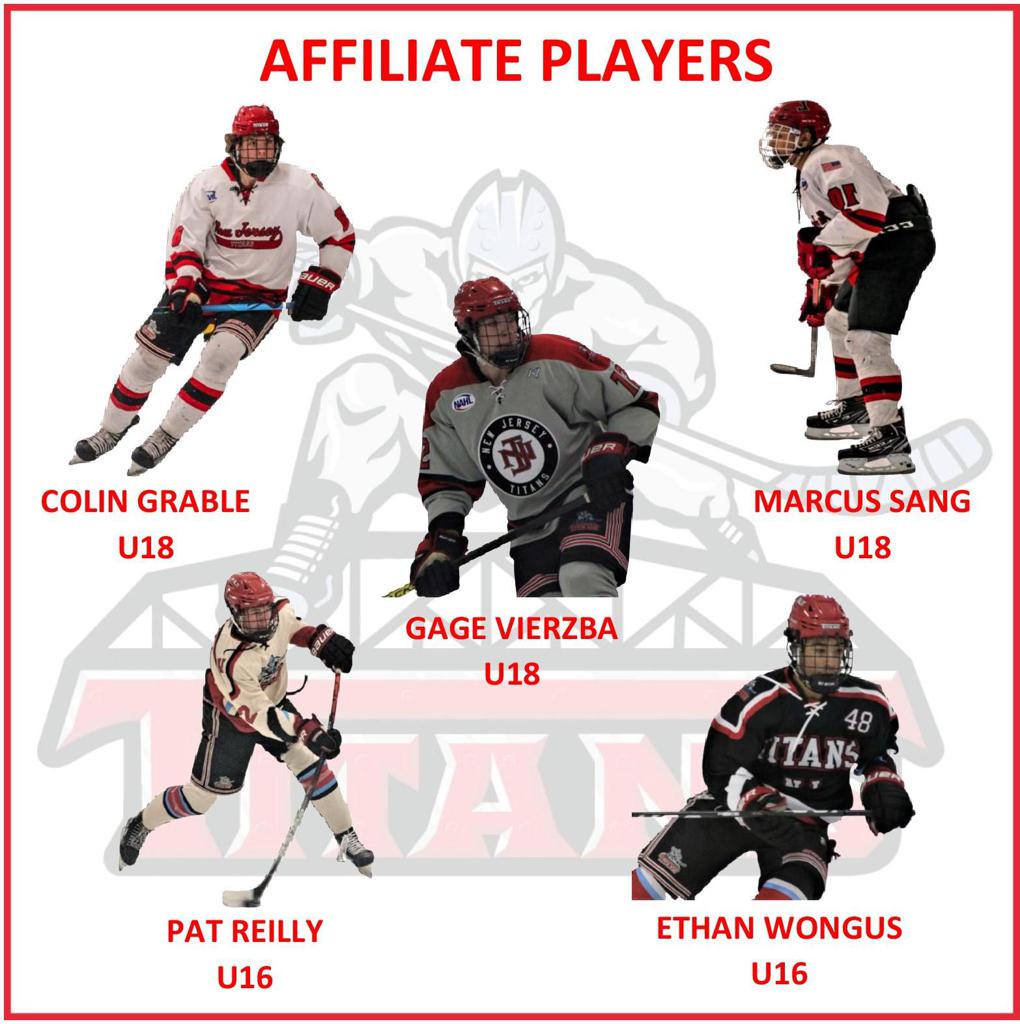