Tier 2 19U - Ally Antonacci– First Star
Forward, Ally Antonacci #22 played a consistent game against the Montclair Blues this weekend.  Although, the NJ Titans team were not able to come away with a win in the game, Ally played a role in controlling the on-ice play and scoring opportunities for the team.  She has an ability to read the play an interfere with and intercept the passes between her opponents which helps out in the defensive zone.  Her speed on the ice allows her to create space between her an opposing player to skate up the ice or make good clean passes to her teammates creating breakouts and fast rushes into the offensive zone.  She continues to increase her skill and hockey IQ each week making her a valued player on the team.

Tier 2 19U – Brooke Markley – Second Star
Defense, Brooke Markley #97 played a great defensive game against the Montclair Blues on Saturday at the Middletown Sports Complex.  Brooke  is aggressive not only in the corners when battling for the puck but also in front of the net to protect our goalie.  Brooke has the ability to see the ice and initiate breakouts from the defensive zone.  She also has the ability to find open ice and skate the puck up the ice to make shots on goal.  She is a great work ethic in practice improving each week and continues to be an asset to this team.

Tier 2 16U - Natalie Clark – First Star
Natalie has been a great asset to our U16 team. She has been juggling the schedules of both the U14-1 and U16-2 this entire season. She has spent a lot of time on the ice for both practices and games with both teams. This season she has been playing both wing and center on both teams, which has helped improve her hockey sense. We only had one game this weekend and Natalie put up a goal in our game vs Princeton Tigerlilies.

Tier 2 16U - Sierra Celiberti – Second Star
Sierra was also able to find the back of the net this weekend in our only game. Sierra has worked hard this entire season to be a key component to our team. Sierra has been very solid at center in both the offense and defense zone. This weekend Sierra kept a very positive attitude and had a great work ethic! 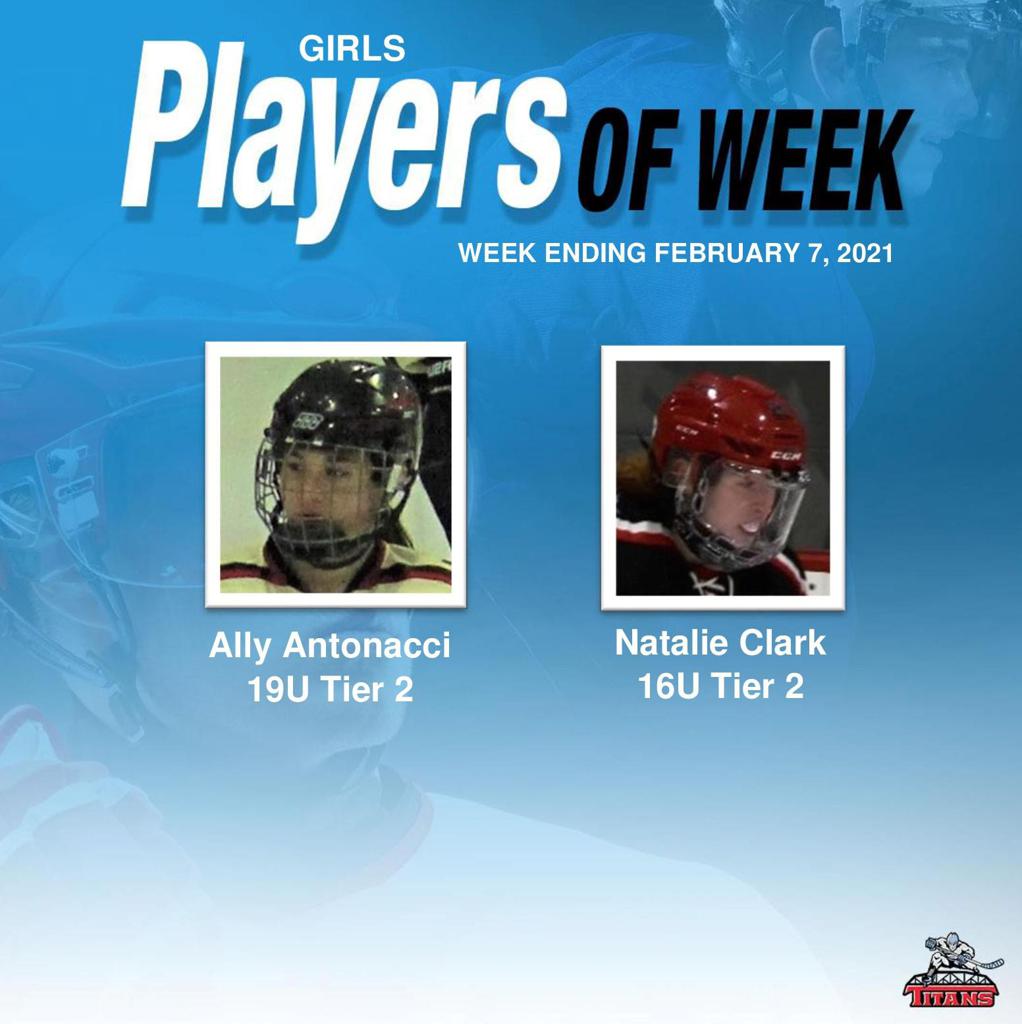