The New Jersey Titans are pleased to announce the Squirt Spotlight for week ending January 17, 2021. Every week a player from each squirt team will be featured. You will learn more about his favorite movie, food, sports team and more!

This week Erick Marino and Michael Romano are featured. 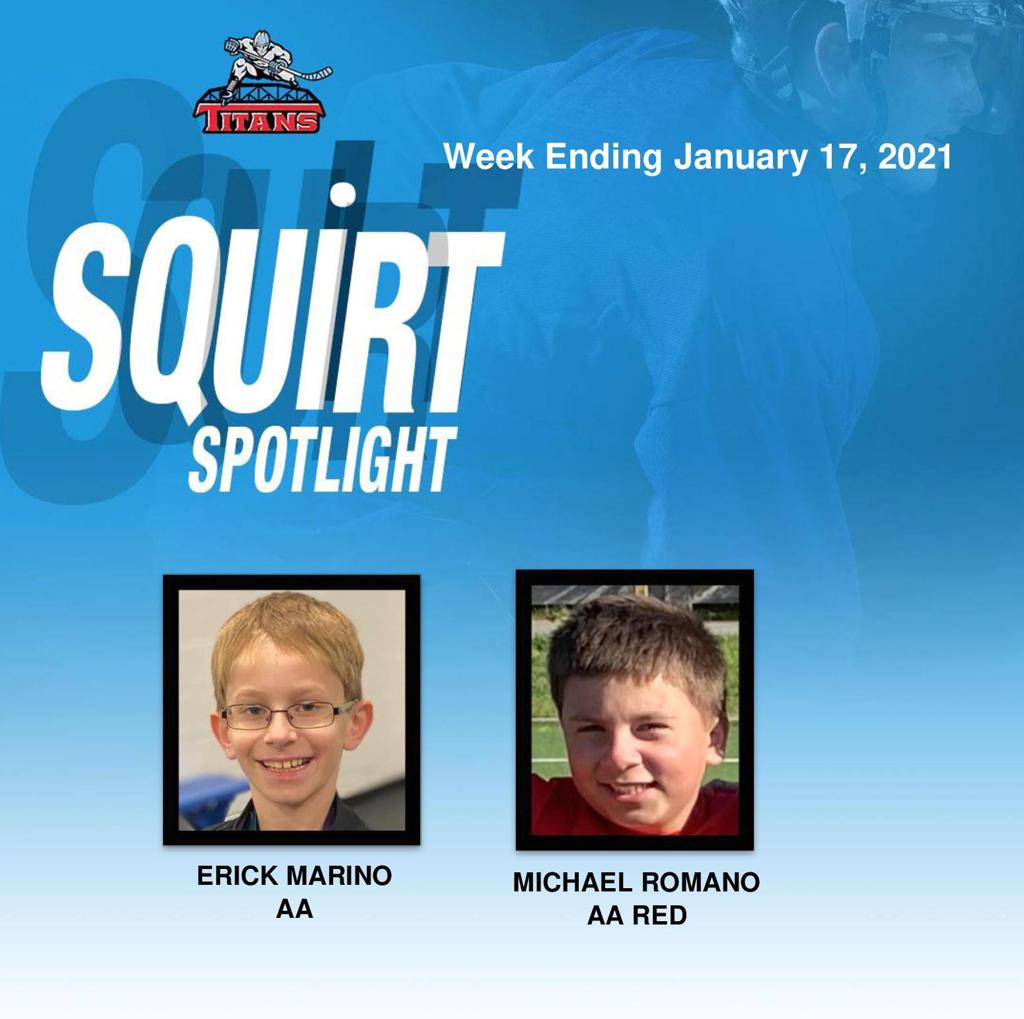