The New Jersey Titans Hockey Program is pleased to announce that Craig Barnett has been named the Director of Titans Academy.

Barnett will oversee all operations of the Titans Boys & Girls Academy.

“With the expansion of our hockey academy’s boys’ U16 and U18 levels and girls’ U19, we just felt that we needed someone with extensive experience in the path of player advancement and the details of growing and guiding our Titans Academy, for me there is no one better than Craig Barnett” stated Titans Executive Director of the New Jersey Titans George Haviland. “Craig’s experience is second to none. He brings a lot to the table with his involvement and knowledge of the NCAA & ACHA college programs. Craig has experience in all areas of hockey he cares about the players and see everything through their eyes. He wants to make sure that our student athletes are well educated and make the right progression for their journey.  He does it the right way. We are very fortunate to have Craig on board” stated Haviland.

Barnett, possesses an extensive playing, coaching and administrative hockey background covering over 30 years. He is currently the Executive Director of the American Collegiate Hockey Association (ACHA) as well as the Director of NCAA Compliance and Education for the North American Hockey League (NAHL) for the past eight years.

Barnett had a two-year professional career within the New York Rangers organization as a goalie in Flint (IHL), Binghamton (AHL), and Erie (ECHL). He played collegiately at Plattsburgh State (NCAA III National Champs) and was named to all decade team (1980-89). He had a four-year junior hockey career with Oakville Blades and Hamilton KiltyBee’s in Ontario where he was born and raised.

"The Titans Academy is a unique and special opportunity for boys and girls who consider themselves as prospective student-athletes, to not only hone their academic and hockey preparations for college but to experience a holistic approach in development with an organization that is second to none” stated Barnett.

“Being able to balance their daily routines between a strong academic curriculum and a proven hockey program (both at the junior and youth levels) with all the other necessary resources to develop and be prepared for their college futures, will separate them from most other programs. The Titans Academy’s commitment to academic success, player development, and providing resources such as their own ice rink facilities, locker rooms, one of a kind rehab therapy room, training room, off ice training facility, pool, on-campus housing and food service has won me over to be part of this special organization” added Barnett.

The launch of the new Academy program will begin in the fall of 2021-2022 season. Each Academy team will play a schedule that will include games at the top showcases in North America as well as league play.

“What we have created here at the New Jersey Titans Academy is a school model that combines a focus on academics and hockey. Our facility is second to none with everything a student athlete needs to succeed is offered at the Titans Campus, and combining it with Craig’s direction, there isn’t a school that touches what we have to offer student athletes” said Haviland.

The Titans Academy offers student athletes a unique opportunity to blend academics and ice hockey at our facility in the Middletown Sports Complex. Classes are held in one of the Complex’s Cabana’s that serves as a classroom. We provide Accredited high school classes that are fully recognized by the NCAA. Our academic platform is being provided by USPA. It has a full-time teacher as well as an academic advisor. Students will be on the ice two hours a day with their own locker room along with a gym, workouts, and one-on-one assistance.

Those interested in learning more about the Titans Academy program should email Craig Barrnett at craig.barnett@titansnj.com or visit titansnj.com/academy. 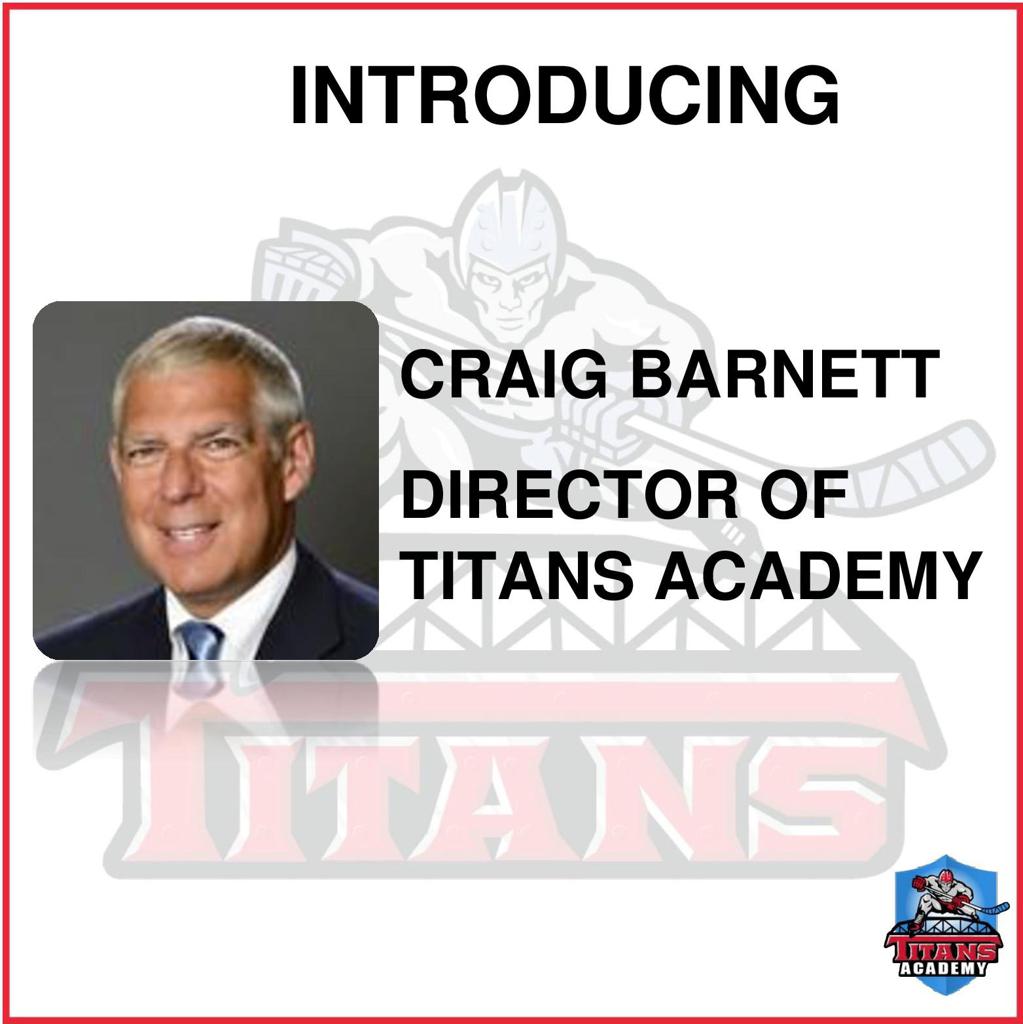