Tier 2 19U - Peyton Liebross– First Star
Peyton played aggressive all weekend at the No Guts No Glory Tournament in Bridgewater, NJ scoring a goal in the first game against the Montclair Blues Friday, November 27th.  Peyton’s speed on the ice aids in her ability to back check and create turnovers in the neutral zone. She brings a lot of energy to the team and is a positive influence on the bench and on the ice to her teammates.

Tier 2 19U – Alyse Barras – Second Star
Alyse played smart and consistent all weekend at the No Guts No Glory Tournament in Bridgewater, NJ scoring a goal in the game against the Princeton Tiger Lilies on Sunday, November 29th.  Her quick draws of the faceoff lead to the Titans gaining possession of the puck leading to scoring opportunities.

Tier 1 14U - Linhsey Covert – First Star
Linhsey has been a consistent player this season. She is aggressive at the faceoff circle often winning her draws and getting the puck to her teammates. Her speed and agility during transitions has created scoring opportunities for herself and her teammates.

Tier 1 14U – Ava Pirrello – Second Star
Ava has been a real asset to the 14U T1 team this season. She juggles practice and game schedule between her NJ Titans team and her Toms River boys’ team. Ava's quickness and strong hockey IQ makes her a constant threat while she is on the ice. Ava does an excellent job back checking and owning her role in the defensive zone.

Tier 1 12U – The Team – First Star
This past weekend the girls won the championship against the Skyland Kings in OT! It was a team effort as the girls did an excellent job passing the puck throughout the whole tournament. Our defense had some amazing regroups and our forwards did a great job causing chaos in the offensive zone. I am so proud of the girls. They continue to improve and work as a team every game! 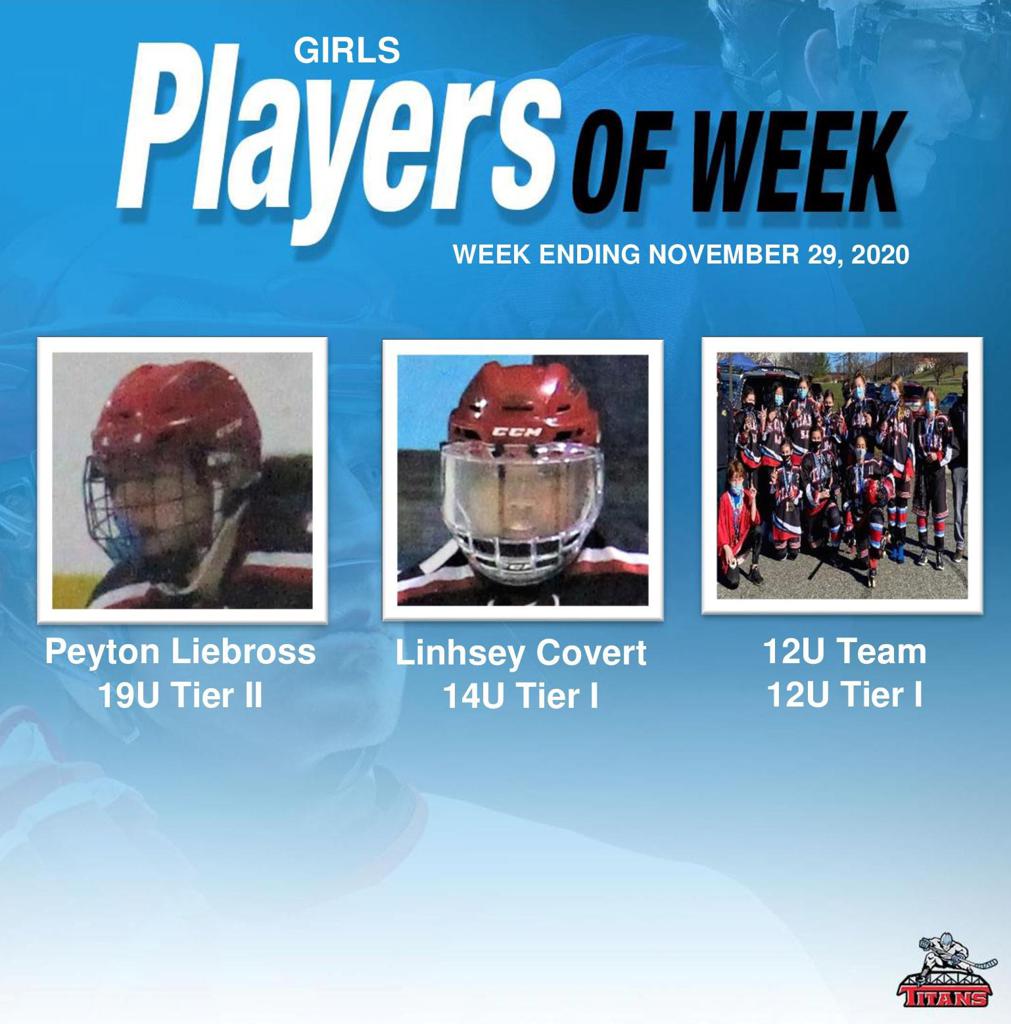