Tier 2 19U - Maggie Smith – First Star
Goalie, Maggie Smith #72, has been a great asset to the NJ Titans 19U T2 Girls program. Her ability to keep a level head has allowed her to make the big saves to keep the team in the game and come out on top.

Tier 2 19U – Natalia Mancuso – Second Star
Forward, Natalia Mancuso #28, has been playing hockey since 2009 and returned to the NJ Titans Girls program this season from Seattle, WA, which earned her the nickname, Seattle, with her teammates.  Natalia is a player who loves to hustle on the ice to make plays that result in scoring opportunities for her team.  Her humor, positive attitude, and work ethic both on and off the ice makes her an asset to this team.

Tier 1 14U - Danna Ramadan – First Star
Goaltender Danna Ramadan #30, played a great game between the pipes on Saturday, November 14th against the Ironbound Elite 14U White team.  She showed athleticism in net and was tracking the puck well only letting in one goal on 28 shots.  She made some big saves to keep the game within one.

Tier 1 14U – Bridie Fitzgerald – Second Star
Forward Bridie Fitzgerald #20, stood out this weekend in the team’s game vs Ironbound Elite 14U White as well as against the NJ Colonials 14U Major.  She was consistent throughout the weekend showing tenacity in the corners battling for the puck and back checking hard to our net.  Bridie’s stamina is impressive, and she does an excellent job of always keeping her feet moving.

Tier 1 12U - Maya Strum – First Star
Maya played an excellent game between the pipes this past Sunday against the Wildcats. Maya only let in four goals on 30 difficult shots. Maya made some incredible breakaway saves. Maya kept her team in the game when the Wildcats turned on the pressure late in the third period. Her coaches are proud of how much she has improved since the start of the season.

Tier 1 12U – Kylie Miller – Second Star
Defenseman Miller is a very consistent player and works hard every practice and game. Kylie is an excellent passer and this past weekend she took control of the play especially during neutral zone regroups and transitioning the puck quickly. Kylie is a natural leader on the ice and has an excellent hockey IQ. 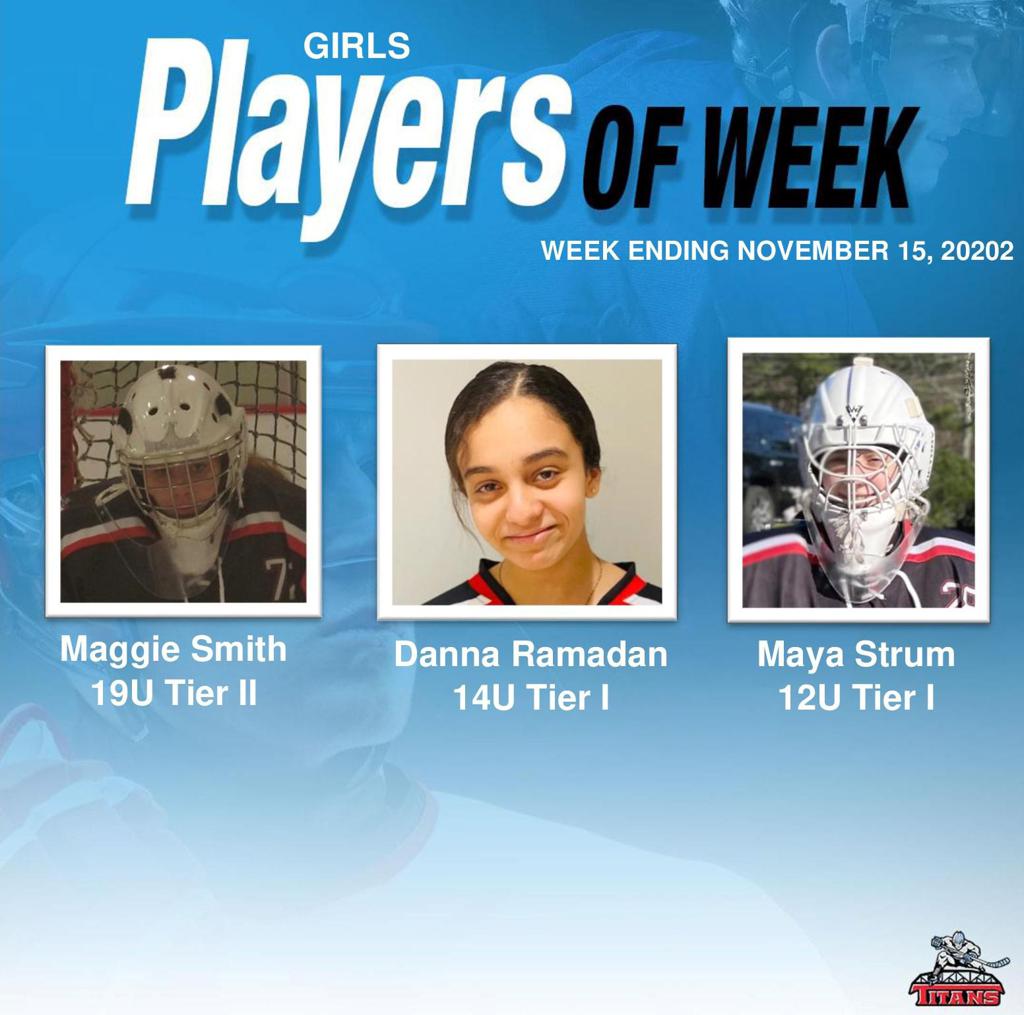