The Titans U16 girls team won the 2020 CCM Invitational Tournament this past weekend in New Hampshire by winning all five games and outscoring their opponents by a combined score of 25 – 1.

In the semi-finals, the Titans rolled over Team New England 7 – 0 and then blanked the CT Eagles 3 – 0 in the championship game.

"I am extremely proud of both our teams efforts this past weekend” stated Titans girls hockey director Amanda Drobot. “It was great to get our season going and I cannot wait to see what the rest of the season holds for our teams!" concluded Drobot.

The Titans U19 team also participated in the tournament posting a 1 – 2 record. The U19’s two losses were by total of three goals. 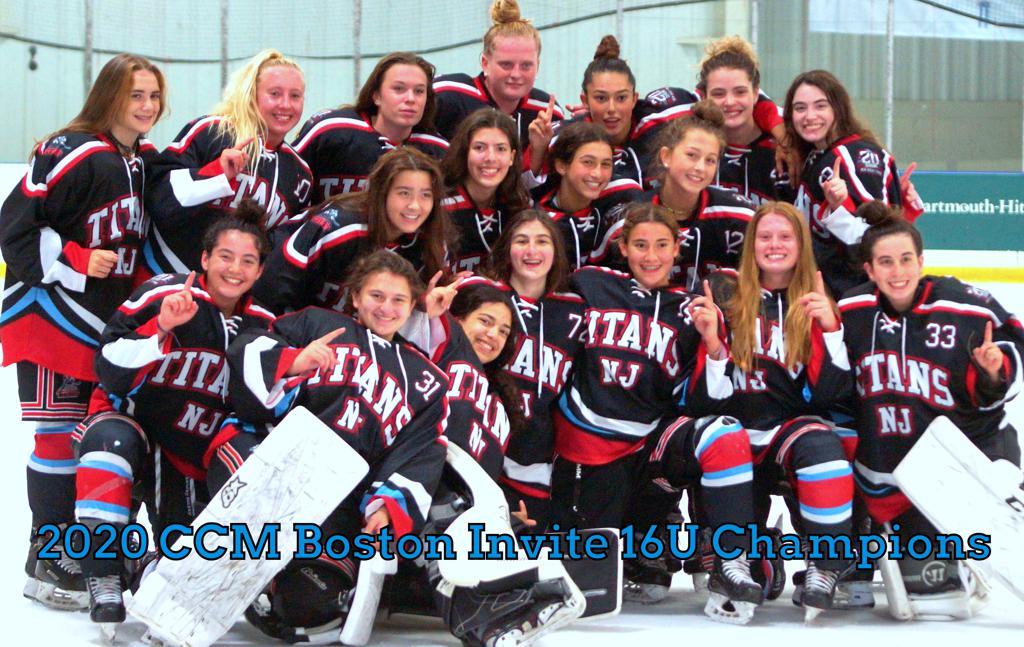