Kape played three years with the Red Buckets, and he was a member of the Midget AAA team’s inaugural season. He then played two years of junior hockey for the Titans in the old MetJHL where he posted 52 points (25 goals and 27 assists) in 66 games. After junior hockey he went onto play ACHA hockey for the University of Rhode Island.

During his tenue with the Rams Kape averaged a point a game posting 131 points (64 goals and 67 assists) in 131 games. He was the captain of Rhode Island’s first and only ACHA National Championship team. During their run towards the title Kape scored the game winning goal in double-overtime against Michigan-Dearborn in the semifinals and he scored an empty net goal to close out the scoring in a 3 – 1 win against Penn State to seal the National Championship. Upon graduation, the Rams renamed their Inspirational Award to the Brandon Kape Inspirational Award which is voted by his peers each season. Prior to the Award being named in his honor, Kape won the Inspirational Award four straight years.

He returned to the Titans and was the head coach for a couple of seasons for the MetJHL Titans and then the EHL Titans.

He is currently in wealth management.

What is your best memory playing with the Titans?
Kape’s fondest memory winning as a Titan was winning the MetLeague championship and the bronze medal 2001 USA hockey national championship. 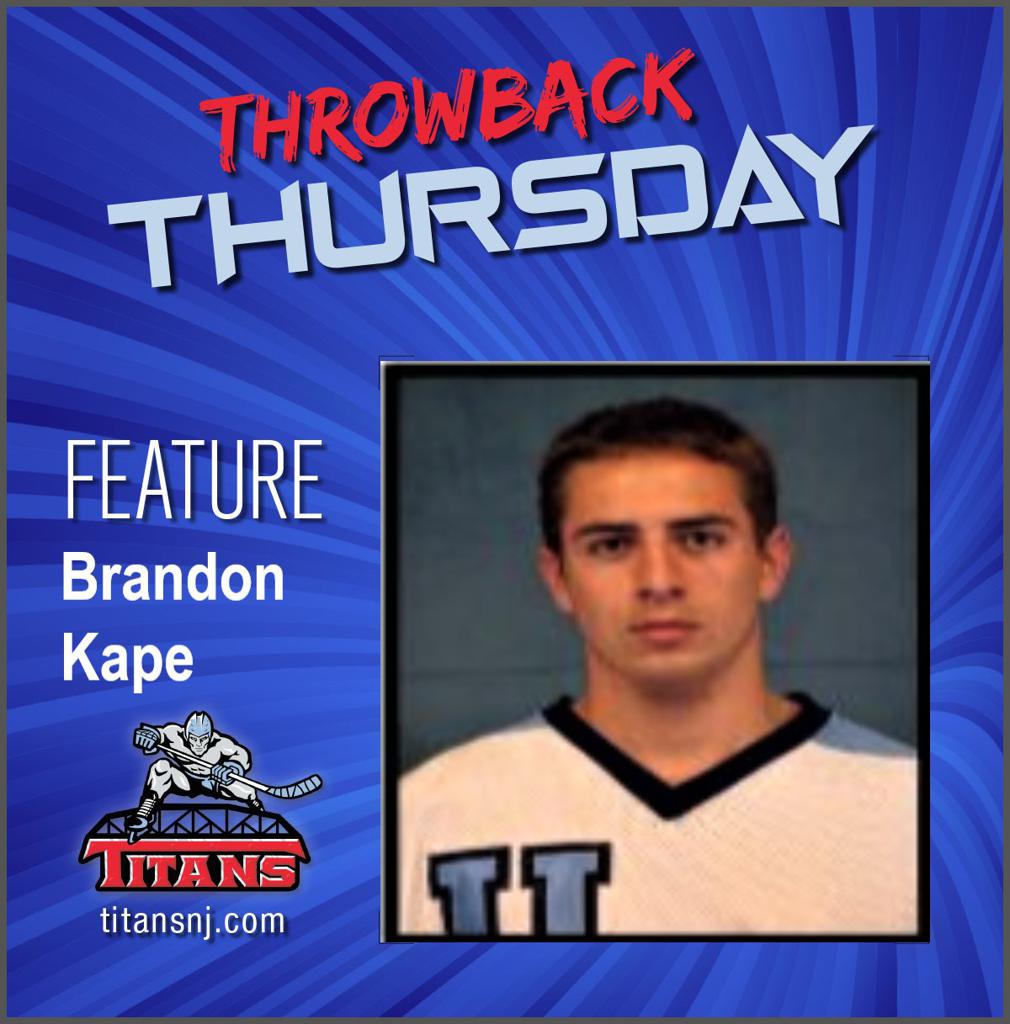