Singerhouse played for the Titans U16AAA and U18AAA teams and briefly for the former Eastern Hockey League (EHL) Titans. He was a member of the Titans 2014-15 18U National Prospects Hockey League (NAPHL) champions, and he was selected to the NAPHL 18U Second All-Star Team that year. In 24 NAPHL games that season he recorded 34 points (15 goals and 19 assists).

During the 2015 NA3HL draft he was selected in the first round (32nd overall) by the North Iowa Bulls. After leaving the Titans program he played two seasons for the Amarillo Bulls of the North American Hockey League (NAHL) in which he posted 59 points (26 goals and 33 assists) in 119 games. He was an assistant captain for the Bulls his second season, in which he earned an NCAA commitment to the University of Wisconsin River-Falls where is currently enrolled and majoring in finance. In three years for the Falcons, he has recorded 28 points (14 goals and 14 assists) in 73 games. He is hoping to continue to play hockey professionally upon graduation next year.

Fondest Memories of being a Titan
My fondest memories are moving out to New Jersey from Wisconsin and joining the program. The Titans organization, parents and my teammates welcomed me with open arms and quickly made me feel a part of their culture right away. A few weeks after I moved to New Jersey we went to the Chowder Cup in Boston. I went up there not really knowing anyone and ended the weekend feeling like a part of the Titan family with 18 new brothers.

My best memory was winning the U18 NAPHL Championship. It is something I will never forget. We had one of the tightest-knit teams I have ever played on and created some relationships and memories that will last a lifetime.

What was your experience like playing with the Titans?
When I moved out to New Jersey from Wisconsin I had no idea what hockey was going to be like on the east coast. After searching around with different clubs and meeting the Titans coaching staff, I decided the Titans were the right fit and it ended up being the right choice. Being part of the Titans was like being a part of a big family. They gave me the tools to become a better player, having their own rink that I was able to use to work on my game whether it was off the ice shooting pucks, stickhandling or working out or hopping on the ice whenever it was open and working on my game.

What are some of the lessons the Titans organization has taught you as a player and as a person?
One of the biggest lesson I took from my time with the Titans is how much of a difference it makes when you have a team that is so close that I could consider all of them my brothers. When you have a group like that, whether it is in hockey or in life, it is going to give you a way better chance at success. This includes from the parents and staff too. Everybody was always on the same page and we were always hanging out together whether it be for hockey or just to get together. When a full team can buy in and all work towards a common goal it is really something special and that unity is something that I have tried to bring with me to my junior and college teams. 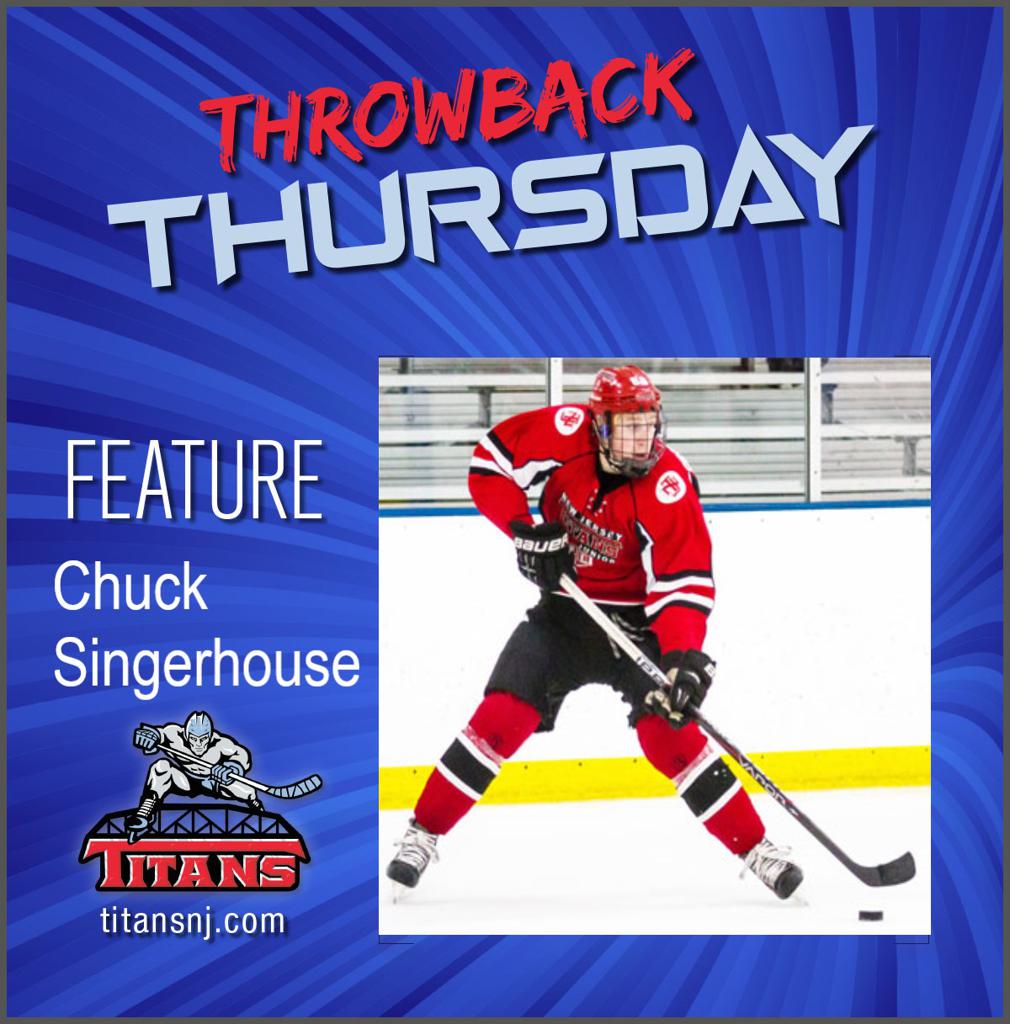