The New Jersey Titans Youth Hockey Program, proud members of the Atlantic Youth and North American Prospect Hockey Leagues, is pleased to announce that 18U National Premier forward alum Nicholas Ostbloom has committed to play NCAA Division I for the University of Alaska-Fairbanks Nanooks who are members of the Western Collegiate Hockey Association (WCHA). His commitment begins in the fall of 2021.

Ostbloom, 17, had ten points (4 goals and 6 assists) in nine AYHL and NAPHL games for the 18U National Premier team before he was called up to the Fairbanks Ice Dogs of the North American Hockey League (NAHL) at the end of October.

The Fairbanks, AK native had thirteen points (5 goals and 8 assists) in 35 games during the season with the Ice Dogs.

“Our plan at the New Jersey Titans is quite simple, which is to develop our midget players as quickly as possible to get them ready to move onto the NAHL and beyond and Nick is another great example of that success,” said Titans President and Director of Hockey Players George Haviland. “While we missed Nick, we are happy and proud to have been able to prepare him for the next level of hockey through our midget model by giving players the resources to move on” concluded Haviland.

The University of Alaska-Fairbanks is in Fairbanks, AK. The Nanooks are coached by Erik Largen. 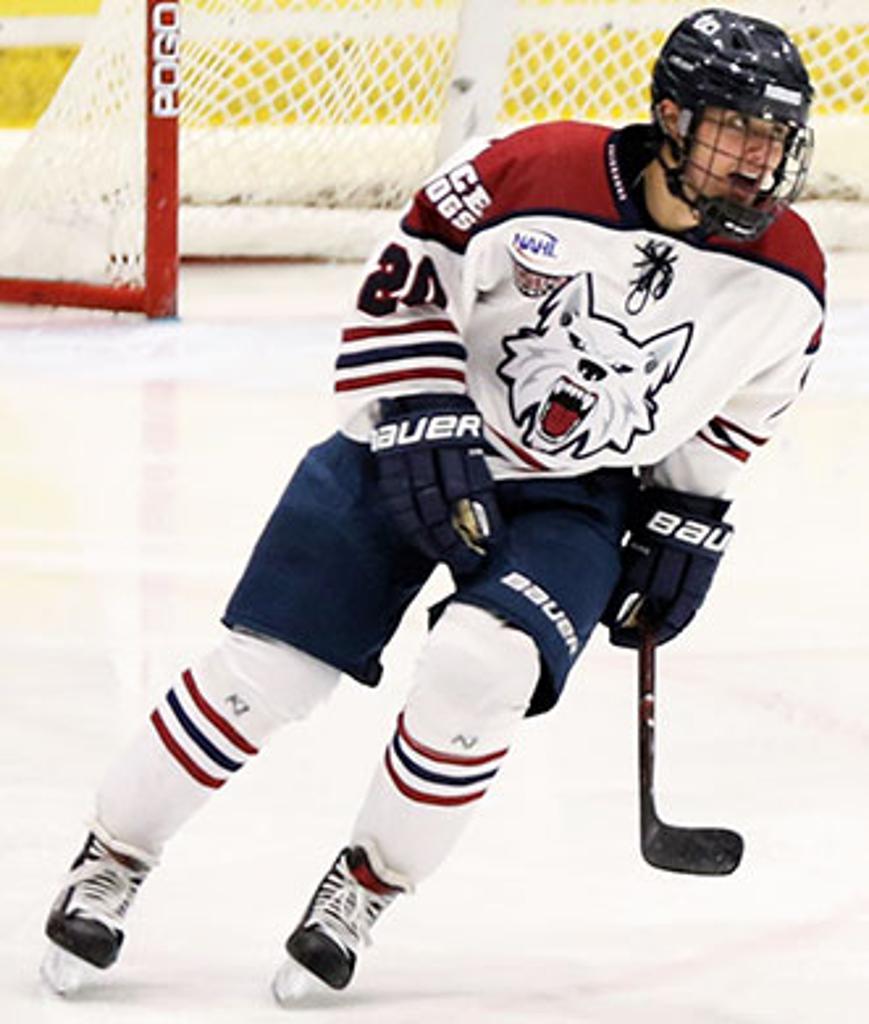