The North American Prospects Hockey League (NAPHL) has announced its All-NAPHL 18U Teams for the High Performance, Elite, and East Divisions, as well as, its Honor Roll in the 18U division for the 2019-20 season, and three 18U National Premier Titans made the ALL-NAPHL 18U East Division Team: Forward Christopher Repmann, defenseman Clay Allen and goaltender Ty Franchi.

Allen, who is tendered by the Minnesota Wilderness of the NAHL, had thirteen points (4 goals and 9 assists) in thirteen games.

Franchi, a Denville, NJ native who is tendered by the NAHL Titans, had a 1.41 goals against average and .942 save percentage in four games. 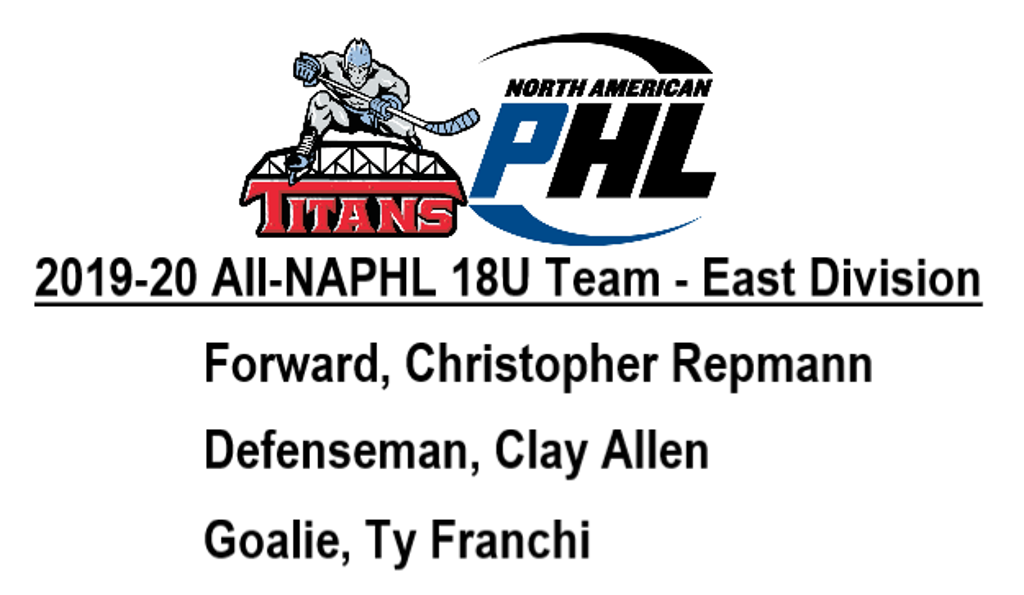