Welcome to the first edition of Flashback Friday where we will be highlighting a certain Titans team or accomplishment or a player’s achievement during the organization’s twenty-one-year history.

Coached by George Haviland, Kevin Gibbons and Mark Lottito, this 2003-04 bantam major team started the season by winning the Massachusetts Outlaws Tier I tournament in the New England Sports Center by going undefeated with a 6 – 0 record.

They then attended the Windsor Spitfire tournament. Despite losing in the semi-finals, the Titans defeated the number one ranked Canadian Bantam major team Soo Saint Marie Thunder to advance to the semi-finals.

Built with many returning Titans that moved up through the organizational ranks, this team finished the season with an impressive 55-6-4 record.

The Red Buckets won the AYHL Bantam Major championship and then went onto win the Atlantic District Round Robin by going undefeated with a 3 – 0 record by beating the Philadelphia Jr. Flyers bantam minor team, the New Jersey Devils and the New Jersey Rockets, the Titans biggest rival then.

After winning the Atlantic District Round Robin, the Titans went onto face the Jr. Flyers bantam major team in a best-of-three series with the winner advancing to the USA Hockey National Tournament.

After losing the first game and trailing 4 – 0 in game two of the series, Coach Haviland called a timeout midway through the second period to settle down his team. The Red Buckets responded by battling back to tie the game and eventually win it in double overtime.

“I remember telling coach Gibbons that there was no way that the Jr. Flyers could overcome what had just happened” stated Haviland. “They were 24 minutes away from a trip to Nationals and up 4 – 0 and we came back to win” said Haviland.

In the third and deciding game, the Titans found themselves trailing the Jr. Flyers by two goals, but they came back to win and advance to Nationals in Pittsburgh.

Despite going 4 – 0 in Nationals, the Titans lost to eventual National Champion Honey Baked 2 – 0 in the semi-finals. This was the first ever Titans Youth team to attend the National Tournament.

“I thought it was a heartbreaking way to end the season but as I reminisce about this group, the most impressive thing from this team were the players” said Haviland. “We ended up with four guys playing NCAA Division I hockey, eight played NCAA Division III hockey and one played in the Ontario Hockey League (OHL). Six guys went onto play professional hockey with one of them winning a Stanley Cup Championship and we had an NCAA National Champion and two-time all-American” Haviland added. 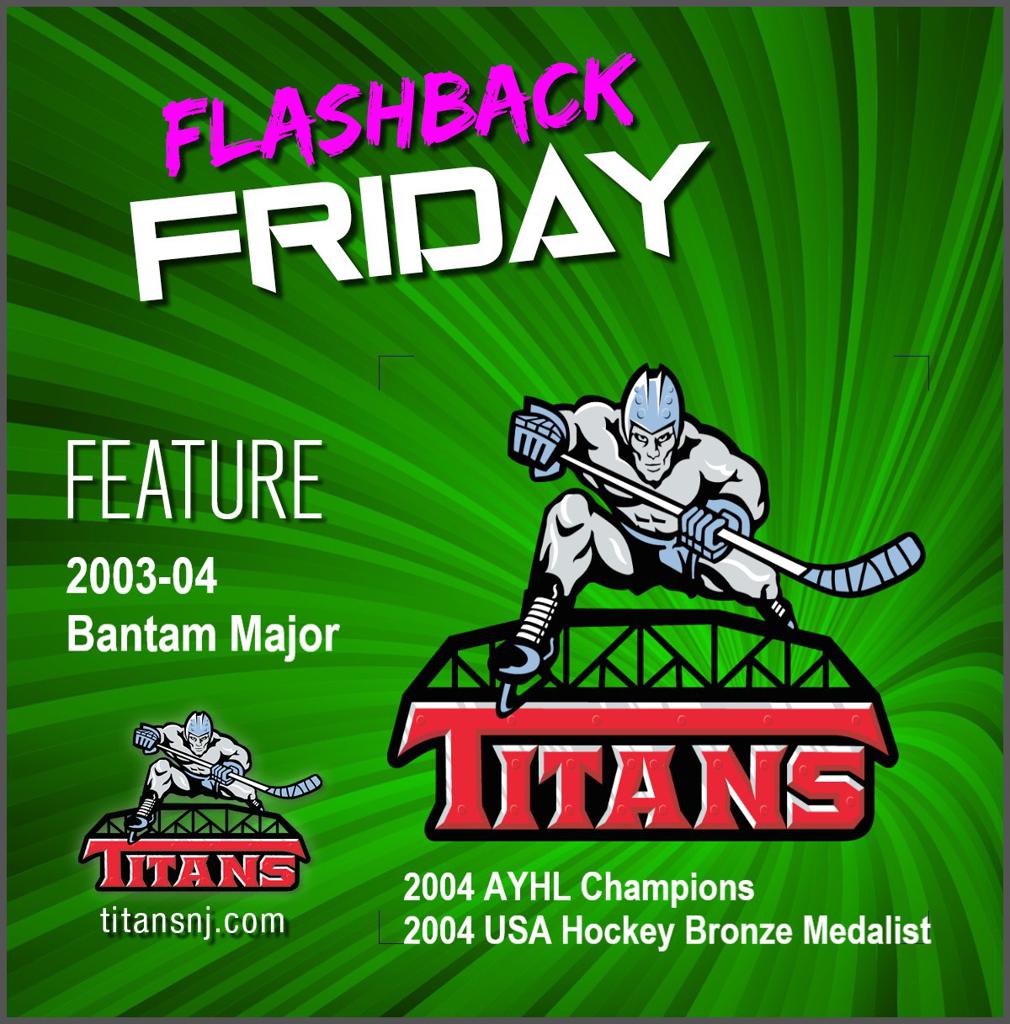