The New Jersey Titans Youth Hockey Program is pleased to announce that Princeton University NCAA Division I Women’s Ice Hockey coach Cara Morey has been hired to be the Girls Tier I 16U Head Coach for the upcoming 2020-21 season.

Morey is in her third season as the Tigers’ head coach. In her first year as head coach the Tigers went 14-14-4 and 11-10-1 in the ECAC falling to fifth-ranked Cornell in the league quarterfinal series. Princeton's season was highlighted by a 2-0 win over No. 1 ranked and eventual national champion Clarkson on Feb. 1 at Hobey Baker Rink. Five players were named first-team all-Ivy League and one was named all-ECAC Hockey.

In addition to her coaching at Princeton, Morey has coached with Team Canada at the 2016-17 U-18 World Championships, helping the Canadians to a silver medal. Her international experience includes a gold medal as a player with Team Canada at the 2000 Nations Cup, two years’ experience as a player in the national program and gold as an assistant coach with Canada's National Women's Development Team at the 2015 Nations Cup in Germany. Morey was also a coach at the National Development Team Camps in 2012, 2014, 2019, at the 2014 National Women's Team Fall Festival and at the 2016 National Women's Under 18 three-game series with the U.S.

A 2001 graduate of Brown University, Morey (nee Gardner) was a two-sport athlete playing, both hockey and field hockey. An All-ECAC and All-Ivy League defender, she helped the Bears to three AWCHA National Championship tournament appearances, including two runner-up finishes.

She earned All-Ivy and All-America honors in both sports and was the 2001 recipient of Brown's Bessie H. Rudd Award, which is given to the female varsity athlete that has done the most to promote female athletics through spirit, enthusiasm and leadership. She also represented Brown at the NCAA Leadership Conference in 2000.

“We are very excited to have Cara lead our U16 Tier 1 girls’ team” stated Titans President and Hockey Director George Haviland. “To have Cara coaching our U16 program is an enormous advantage to all of the players that she will direct and guide. To have an NCAA Division 1 women’s coach be involved in our program is a huge asset to our Titan’s club” concluded Haviland. 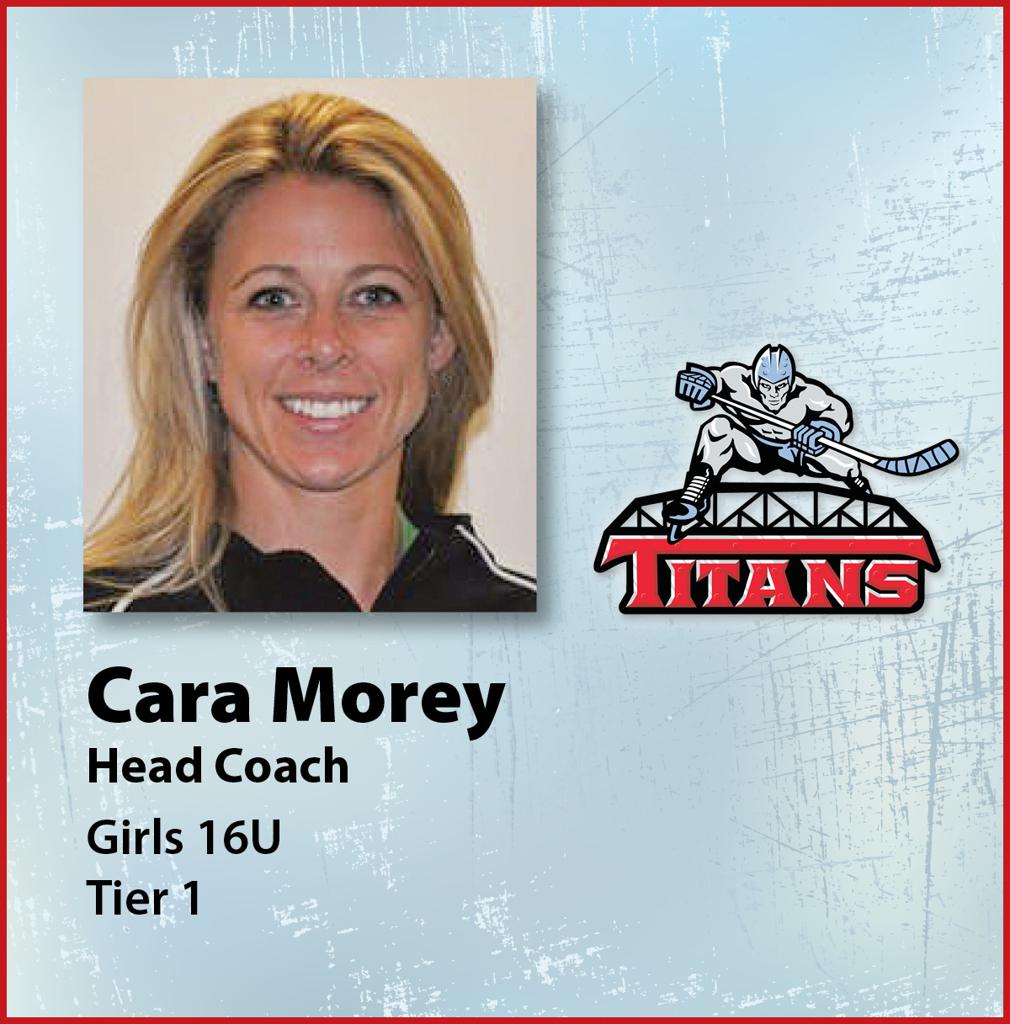