The New Jersey Titans Youth Hockey Program is pleased to announce that Pete Zarrella will be the head coach for the Titans Squirt Minor team (2011 birth year) for the upcoming 2020-21 season.

“Peter has a long history with the New Jersey Titans organization stemming back from his playing days” stated Titans President and Hockey Director George Haviland. “Peter was an all-star player inside our tier one organization and knows what it takes to get to the next level of play. We feel having Pete at the youngest level of tier one for our players gives them opportunities to develop the fundamental skills required to play at the tier one level” concluded Haviland. 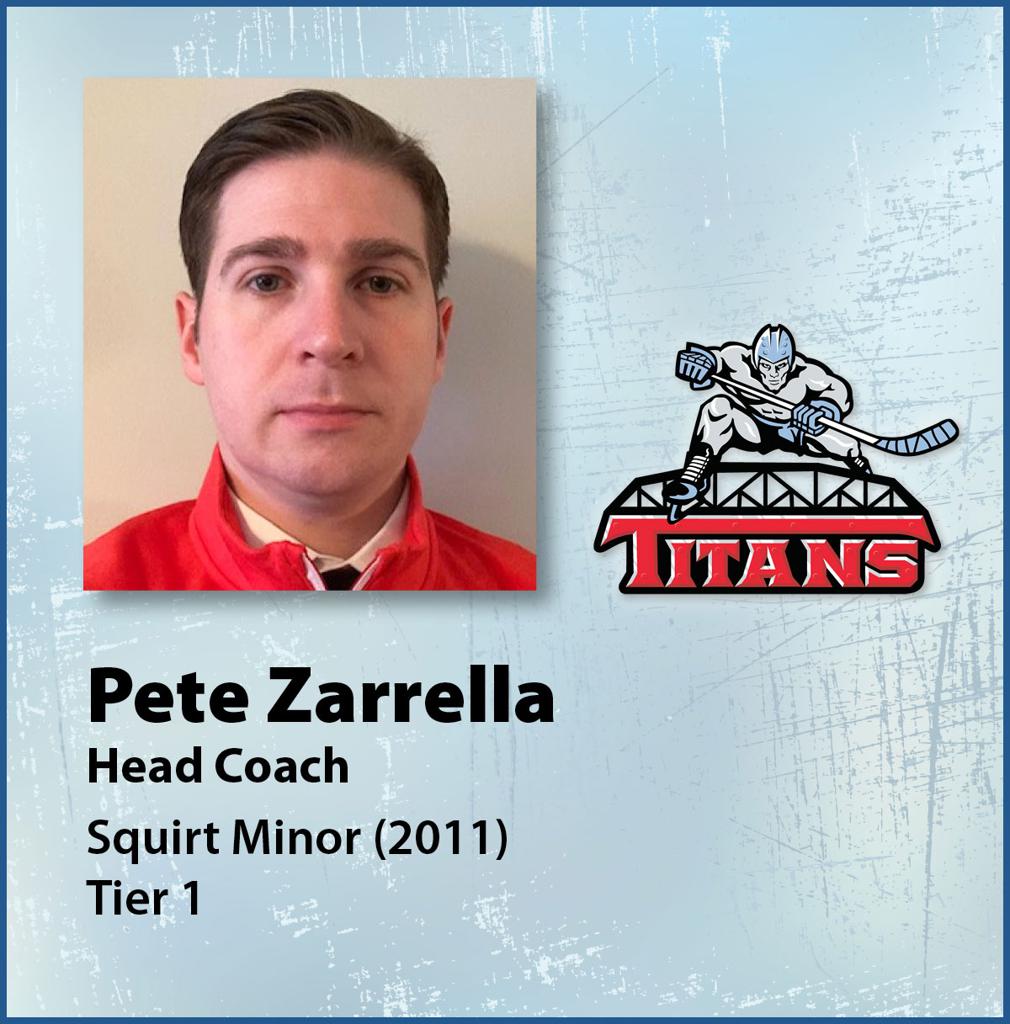