Dowd, a native of Brick, NJ spent sixteen seasons in the NHL, primarily with the New Jersey Devils. Dowd will be the team’s head coach.

Kapranov, an assistant coach for the NAHL New Jersey Titans, has coached the Russian National Junior and Dynamo Moscow Youth teams. While working with notable Russian NHL players including Alex Ovechkin, Kapranov has a knack for helping players improve and develop their skills. He will be the team’s assistant head coach.

“What a great opportunity this group of squirt major (2010) players have to be coached by a former NHL player and Stanley Cup Champion in Jim Dowd” stated Titans President and Hockey Director George Haviland. “Anytime a player at the youth level can get taught the game of hockey from someone who has unbelievable experiences is a great opportunity, and we are very honored at the Titans to have Jim coach our squirt AYHL major team” added Haviland. 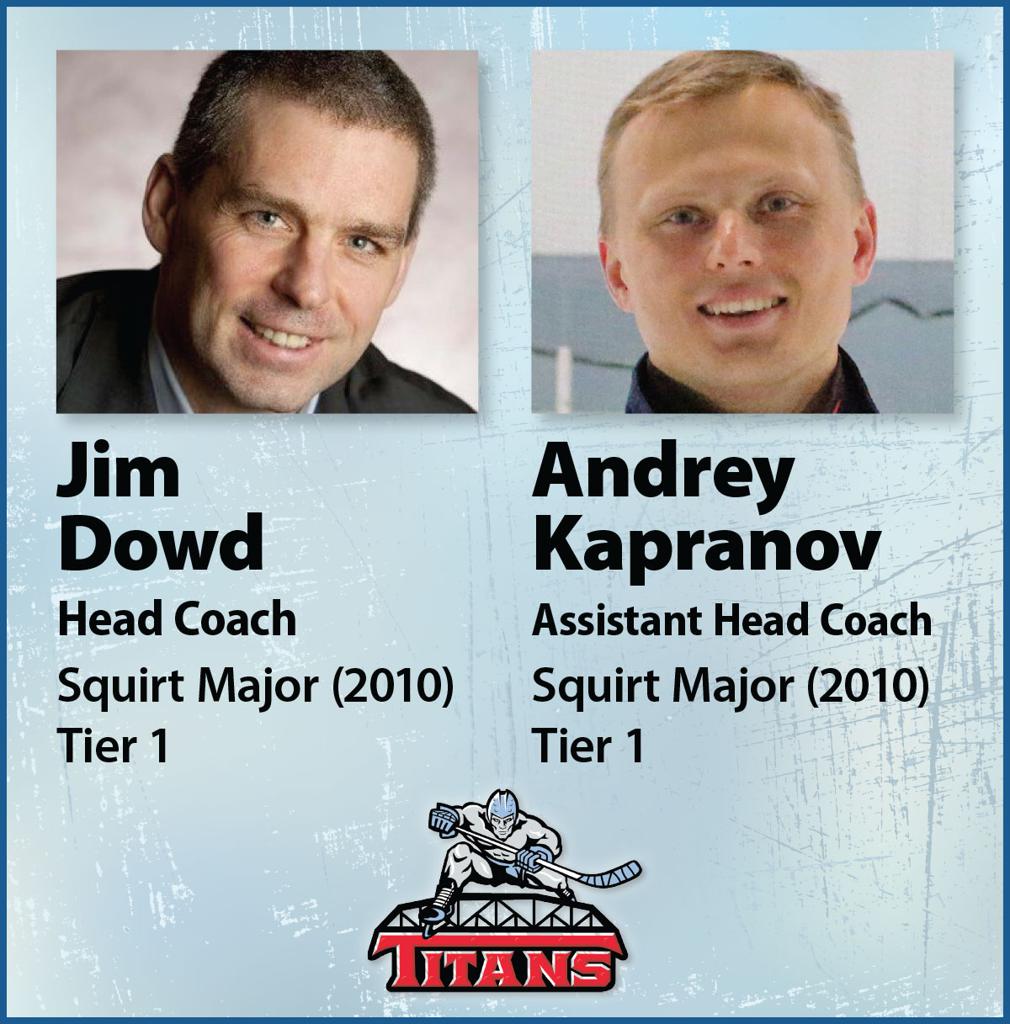